We will occupy any open land, vow backyarders 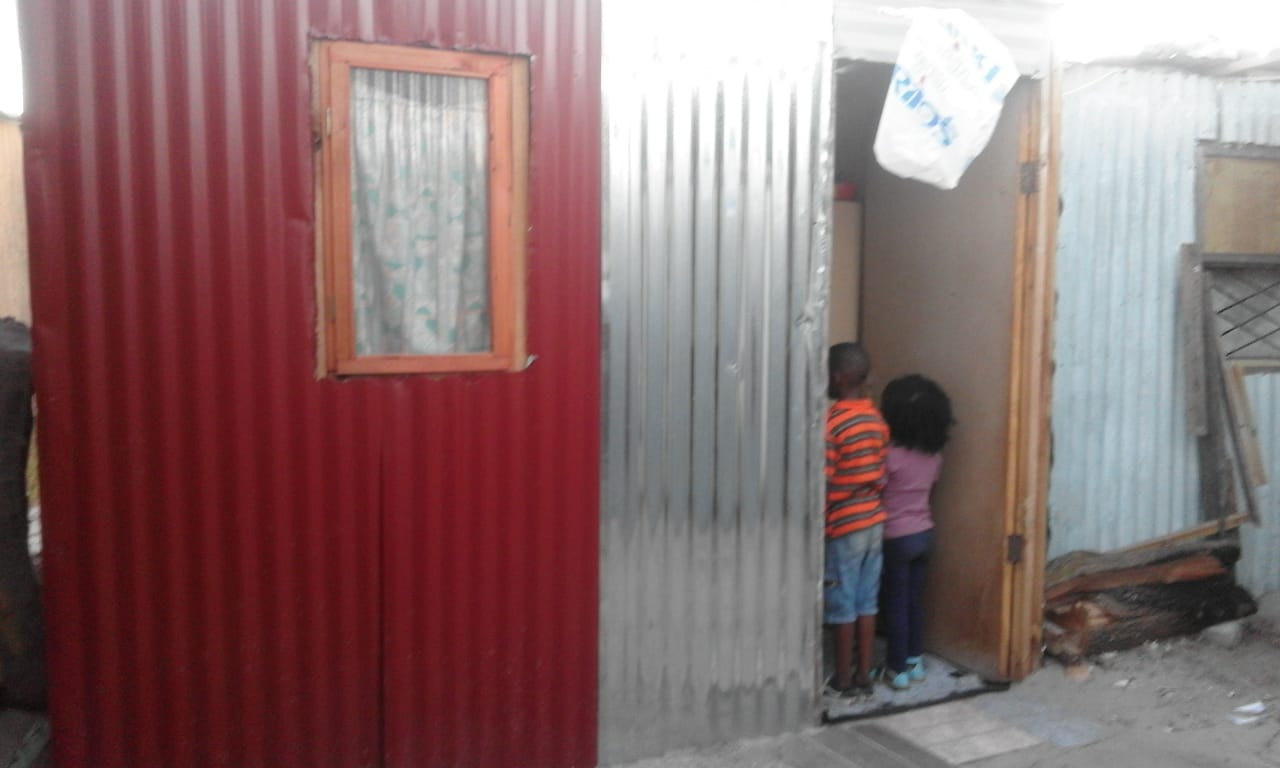 Asanda Kalipa’s children stand at the doorway of her shack that is located in the backyard of a Delft property-owner. Photo supplied

A group of Delft backyarders has vowed to occupy any open land they come across. They claim this is because no provision has been made for housing backyarders.

Delft resident Asanda Kalipa has been a backyarder for two years since leaving her parents’ house. She rents a one-room shack for R450 a month. Five other families live in the backyard.

“I share my shack with my five-year-old child and my sister. I am the only one employed. We are planning to occupy a piece of land this coming Friday here in Delft. As backyarders we feel that we are not given the same housing opportunities as people who live in informal settlements. Last week we had a meeting with the ward councillor and he promised that he would get back to us about what plans he has to house us. But he has not gotten back to us. So we are taking matters into our own hands,” said Kalipa.

It is understood that Friday’s occupation will involve about 70 to 100 people on an open piece of land in Delft.

Kalipa works four days a week at a Shoprite warehouse. Her wages vary depending on how many days she works. She earns between R2,500 and R3,500 per month. She says paying the rent every month is a stretch. She has to share one toilet with other people, and there is constant conflict about electricity and water usage.

“I will be working on Friday, but I have already spoken to people to find a space for me on the land and put up my shack for me,” said Kalipa.

GroundUp has reported on many instances where backyarders have occupied open pieces of land because of the shortage of housing. In a 2011 speech, former Cape Town mayor Patricia de Lille said housing for backyarders would be prioritised.

The City of Cape Town’s Mayoral Committee Member for Human Settlements Malusi Booi explained: “The provision of formal housing in Cape Town, as with the rest of South Africa, is done [using] housing databases. The City’s housing database is a formal, audited and controlled database which is there to ensure that those who qualify for subsidised housing and who have been waiting the longest for an opportunity are catered to first.”

Booi said that the City has a programme to expand services to backyarders staying in City-rented properties.

Some 320,000 residents are registered on the City’s housing database. Asked about how many backyarders have been housed so far and how many are still to be housed, Booi said that the City does not track this.