“We need to address the massive unemployment, inequality and poverty that allow violence” 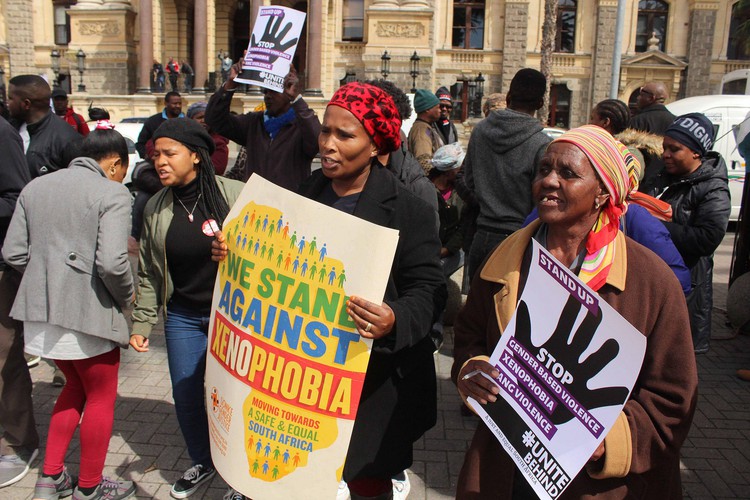 Cape Town activists protested on the Grand Parade on Thursday, calling for government to act urgently against violence that has swept across the country. The protesters condemned both xenophobia and violence against women.

Leye Serigne, who grew up in Senegal but has lived in South Africa for decades and is a citizen, addressed the crowd. He runs a clothing business that employs three people. “A few of us were brought here so that South Africans could learn how to do informal business from us, because we had been doing informal trading since 1960 when we gained independence,” he said. “I encourage every African brother and sister to live in harmony, learning from each other for the betterment of South Africa.”

Asisipho Mvema, an Equal Education activist, said she is tired of having to be vigilant every time she walks on the streets of Khayelitsha. “Men harass and speak to us in a disrespectful manner. Today we are saying men must stop patronising and harming us.”

She also said that desperate and economically disempowered South Africans are directing their anger against the wrong people. “People are coming to our country and successfully establishing themselves. But it is up to us to learn those skills and be part of what foreign people are doing rather than killing them and violating their rights.”

In a statement #UniteBehind said: “We call upon the government to take decisive and strategic action to stop violence against women, violence against foreign nationals and gang violence by addressing the structural problems around violence in our society.”