We have nowhere to train, say Mitchells Plain learners

School trying to raise money for a sports field 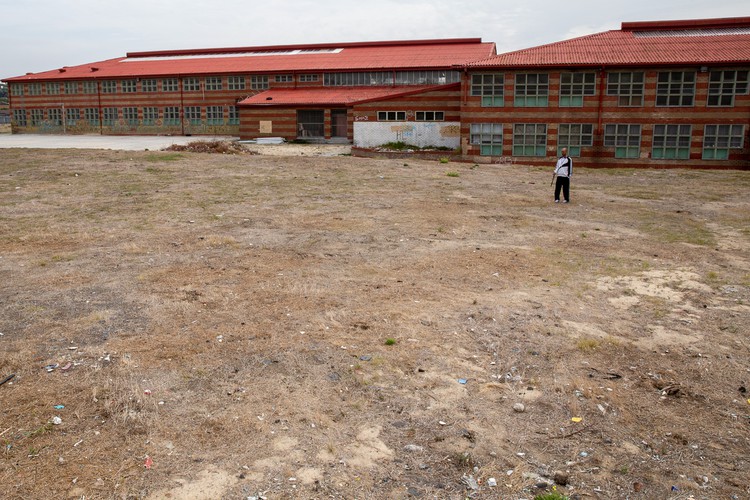 Learners at Oval North High School are hoping that a sports field can be created at the school. Photo: Ashraf Hendricks

“We have nowhere to train,” says Faeed Williams, a teacher and soccer coach at Oval North High School in Mitchells Plain. He says students have to walk 20 minutes to the nearest available field, Lentegeur sports ground. Some have been robbed on the way.

“It’s not safe,” says Williams, who trains learners twice a week. He knows of three learners who have been robbed.

Hodson says when he arrived at the sports ground, around 7am, two men approached him. One had a knife, the other a gun.

“They wanted to stab me, so I ran,” he says. When he called for help the men fled.

Williams says the school, which has over 1,000 students, tried to make a plan with the “walking bus” – a project where parents and community members volunteer their time walking students to and from schools in a dangerous environment – but it is not always possible.

Williams is now trying to raise funds for a sports field for the school. He has had little success.

He estimates that a new field could cost at least R250,000 but it could be shared. “We have a lot of surrounding clubs that also don’t have training facilities”. The field could be leased out for tournaments and events. Alpine Primary School and Beacon Hill Secondary School are both under 15 minutes away. The school grounds at Oval North are big, but the ground is uneven, with dry grass, stones and sand, he said.

According to the National Norms & Standards, sports fields are classified as “support spaces”, says Bronagh Hammond of the Western Cape Education Department (WCED). She said a school’s core function is education and sports fields are not “critical”. Maintenance costs also had to be taken into consideration.

But Williams said the school and the learners would be able to maintain the field. He said sport was important because it kept the learners busy and “away from bad things”.