Fishers win the right to use Zone B on Langebaan lagoon 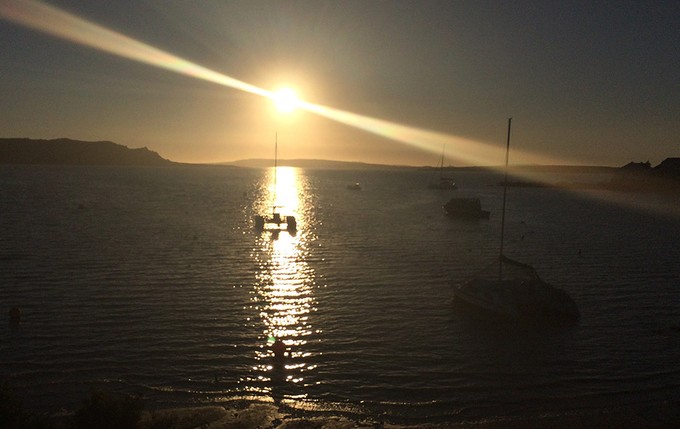 The traditional small-scale fishers of Langebaan have won a court victory that might allow them to restore their way of life. On 31 October the Western Cape High Court ruled in their favour in a long-running battle.

Since 2011, the community has been restricted from fishing in an area on the Langebaan Lagoon known as Zone B by the Department of Agriculture, Forestry and Fisheries (DAFF). These fishers are completely dependent on net-fishing to make a living. The court ruling allows them to resume fishing in Zone B. However, the judgment might still be appealed.

Thembalethu Tanci, the Deputy Director of Line and Net Fisheries Management for DAFF wrote in a court affidavit that the reasons for the restriction were to “manage the harder stock”, “facilitate the recovery of certain fish species” and to prevent by-catch “which threatens the sustainability of fish species such as the white stumpnose”.

On the opposite side, Norton Dowries, the vice-chair of the Coastal Links Langebaan branch, stated in an affidavit: “This has serious consequences for our livelihoods, and threatens the continued existence of the custom of traditional net fishing in Langebaan.” The reason for the ban is “irrational, unreasonable and unfairly discriminate[s] indirectly on the basis of race” said Dowries.

Before the judgment, only three commercial net-fishers were allowed in Zone B. These fishers all own property in the national park.

“The Court found that the Department failed to take into account the impact of its decision on the rights of the small scale fishers … In addition, the Court said that there was not sufficient data to support the conservation reasons given for excluding the small scale fishers from Zone B,” explained Wilmien Wicomb, an attorney at the Legal Resources Centre (LRC).

From as far back as the 1960s, traditional net-fishers have been complaining about the impact that sport fishing has on their livelihoods. The lagoon was then separated into Zone A for the sport fishers and Zone B for the traditional net-fishers. Later, Zone B would be further split, with a new Zone C becoming a designated sanctuary. This further limited the amount of fish available. The net-fishers did not argue against the need for conservation.

Under apartheid, the fishers along the Langebaan lagoon were forcefully removed but continued to fish on the site.

In 2011 fishing became completely restricted in Zone B for all except the few with property and addresses on the Lagoon. This meant the traditional fishers had to go back to using Zone A, which would be a “controlled multi-use” zone.

This was an issue as Zone A became increasingly overcrowded, especially during the holiday seasons. The traditional net-fishers would find themselves competing for space with holiday makers and commercial fishers.

Since July 2013, these restrictions have continually been fought against in court by the fishing community.

GroundUp was still awaiting comment from DAFF at the time of publication.