GroundUp reported on a leaking pipe in July 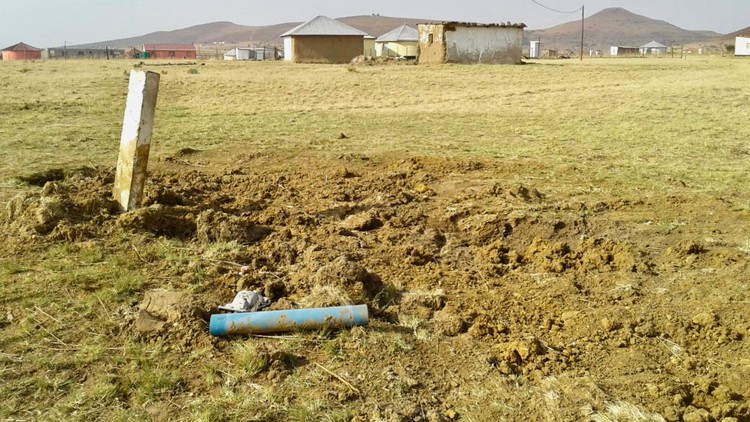 The site where the leaking pipe was fixed after many weeks. Tap water has been restored to villages in Dutywa. Photo: Mbulelo Sisulu

No-Amen Ntlava, an ederly villager in Dutywa, Eastern Cape, says she is as happy as a baby seeing its mother after she had been away a long time.

“Now we have water in our taps, so I am no longer hiring young boys to fetch water for me. It was very difficult for me to fetch water in the dam because of distance … Now I just walk to the tap,” she said.

Villagers of Jadezweni and Vonqo Village had been without tap water for a month when GroundUp reported on it on 16 July. They were forced to use water from a dam shared with livestock. Yet all the while, water was flowing from a burst underground pipe.

Villager Vuyani Nodase said, “We reported the leakage several times but they never fixed it. But after GroundUp contacted them they came and fixed the leakage.”

“The council recently adopted a Yard Connection Policy which seeks to legalise illegal connections, meaning people have to apply to the municipality for house connections. They will be charged for the actual connection, and meters will be installed so that they can pay for the water. The policy will be taken through all stakeholders in a form of roadshows to create awareness,” she said.