Election procedure will be probed 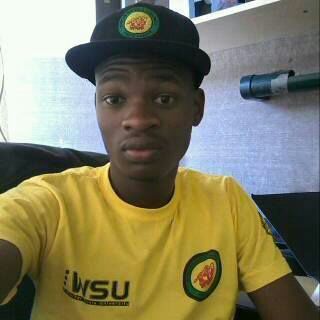 Walter Sisulu University SRC president Luyanda Chiliza says he will go to court to prove his innocence. Photo from Facebook

The credentials of Walter Sisulu University (WSU), Mthatha Campus, Student Representative Council President Luyanda Chiliza are under scrutiny after it emerged that he is not a registered student.

According to the university, Chiliza, who was also elected chairperson of the ANC Youth League (ANCYL) Thobile Bam Branch in 2015, has never been registered.

WSU spokesperson Yonela Tukwayo says Chiliza applied in 2015, but did not register.

“We have instituted a process to remove him, but as far as we know he has left the institution,” she said. “We are not going to take any [further] action towards him. However, we are looking at our processes.”

Tukwayo said according to the constitution an SRC member must be registered and performing well academically.

She said someone had not followed the correct procedures.

Chiliza, however, claims: “All this is advanced propaganda and character assassination. I will ensure that the issue is taken to court to prove that I am not guilty now that student affairs wants to replace me by electing a new president.”

ANCYL Mthatha Campus Chairperson Zuko Mpika said from now on they were going to scrutinise candidates for the SRC themselves. “Now we will send another comrade who is eligible and fit to be an SRC candidate to occupy the presidential position. For this, we are blaming the university for not verifying the leader before they accept him as SRC candidate,” he said.

In a statement, the ANCYL praised Chiliza for his contribution.