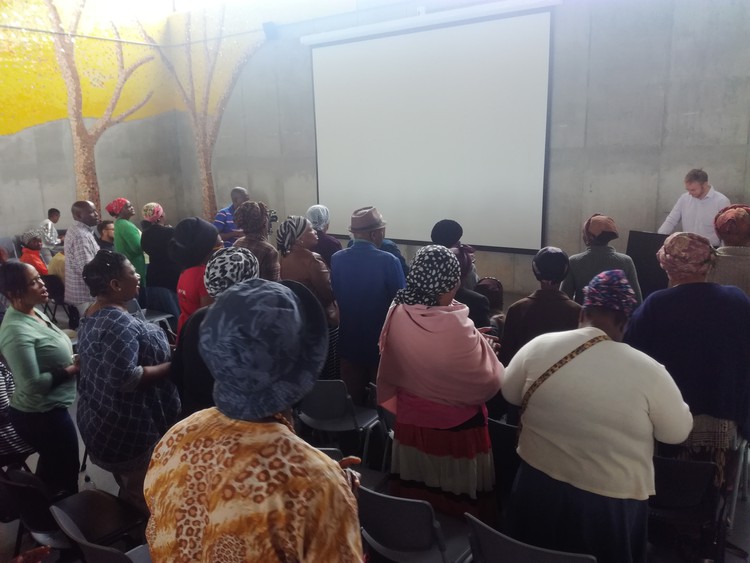 The waiting period on the City of Cape Town’s housing list is roughly 60 years, according to Stuart Wilson, director of the Socio-Economic Rights Institute.

Wilson, who recently represented residents of Marikana informal settlement in Philippi, was speaking at the second day of a policing and social justice dialogue at the Isivivana Centre in Khayelitsha on 29 September.

“The City’s current delivery rate for housing is 6,000 a year. There are currently just over 350,000 people on the housing list. This means that you will have to wait about 60 years for a house if no one else joins the list. I had a 70-year-old client with six children who couldn’t wait that long,” Wilson said.

He told the audience how the group, mostly backyarders from Crossroads, had occupied the vacant land in Philippi East in 2012. He said police brutality while evicting the group had “made the settlement famous” and had earned its name which residents believed mirrored the violence at Marikana platinum mine.

“What started as a group of 20 or 30 people over time grew to 60,000 because the state didn’t want to engage the first group of people, find out what their needs were. This situation was as a result of the state’s refusal to plan for poor people who needed a small piece of land to call home,” Wilson said.

On 30 August 2017, the Western Cape High Court handed down a controversial and important judgment concerning the Marikana informal settlement in Philippi. The judgment, which decided the outcome of three separate applications, found that the City had violated its constitutional obligations to both the owners and occupiers of the land.

The court ordered the City to enter into negotiations to purchase the occupied land and to consider expropriation if no agreement can be reached. The court also ordered that the national and provincial government must provide funds for the purchase of the properties if the cost exceeds the City’s budget.

Wilson said that while the ruling was a victory for residents, it had serious future implications for the City. “Buying this private property has complications. The owners wanted the City to buy the land at the price it would’ve been before the occupation. We disagreed with this because the owners also were responsible for not fencing their property or using their land, in a country where the need for housing is so great. It would be wrong for them to profit from this occupation,” he said.

Wilson said should the owners and the state not come to an agreement on a price for the land, it could be expropriated. “The state is not being truthful when they say they don’t have land,” he said.

He said the judgment “sets a precedent for other settlements who could now use the Housing Act to ask the City to expropriate the land they are occupying.”

During his presentation, Khayelitsha resident Edna Nguwane said, “It was great what you did for the people in Marikana, but we have the same problem here in Site C. More people are moving into the community and the police are using the same violence when they break their shacks. There is no housing here, so where will our children live?”

Wilson said despite the City’s current application to appeal against the High Court judgment, it was likely that “the residents of Marikana are there to stay”.

According to the City of Cape Town’s integrated human settlements five-year strategic plan July 2012-June 2017, the housing backlog is estimated at 350,000 households.

Councillor Brett Herron, Mayoral Committee Member for Transport and Urban Development, responded: “There are currently 321,873 people registered on the City’s Housing Database and not 350,000.”

Herron said, “It is wrong to simply assume that those families who are registered on the Housing Database would have to wait for a BNG house – as SERI is suggesting.”

In addition to BNG, he said, there were subsidised rental units managed by the City’s Social Housing Institution partners; GAP housing in partnership with the private sector; the Finance Linked Individual Subsidy Programme which guarantees loans, bonds, or mortgages by financial institutions; and temporary emergency housing, irrespective of whether the beneficiaries were registered on the database or not.

Herron said the City was also developing a number of transitional and semi-permanent housing projects for the first time, with more in the pipeline.

He said some people on the database might not be eligible for any of these schemes.

This article was updated to include a response from the City of Cape Town.