Vrygrond protesters demand to be given occupied land 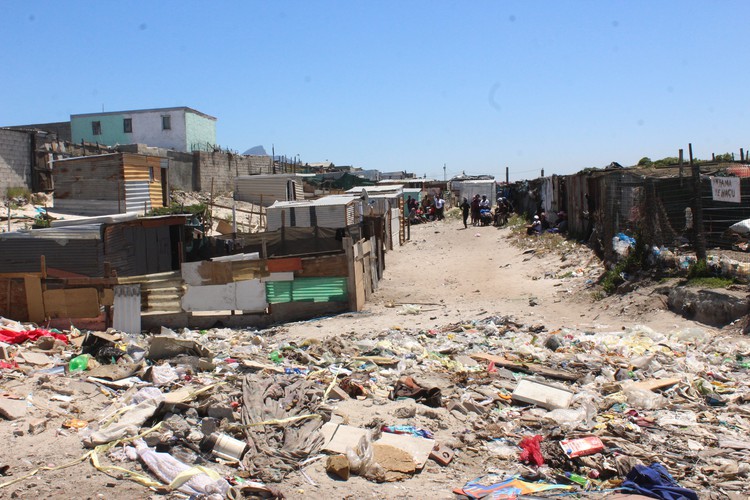 Residents of Vrygrond are concerned that rubbish is not being collected by the City of Cape Town. Photo: Velani Ludidi

Another protest erupted in Vrygrond on Thursday morning with residents burning tyres and rubble at the intersection of Prince George and Vrygrond Avenue. A bread truck and a bus were petrol bombed. Bloodstains could be seen on the steps of the Golden Arrow bus. Three passengers were taken to hospital and treated for burns.

The protesters want law enforcement officials to stop demolishing their shacks at Xakabantu. They said the latest demolition took place on Monday.

Secretary of the Vrygrond Development Forum Sinazo Makhu said residents want to be given the land, which they have occupied for years. “They demolish, and we build again. It is a never-ending cycle and we want to have a meeting with the mayor because our area has been neglected for too long.”

Makhu pointed to rubbish and said that the municipality has stopped garbage collection. “This is like a dump area. The mayor attends to concerns in other areas but not ours.”

Msetyenzwa Gwetyana, 52, who was protesting, was shot with a rubber bullet. He was bruised and taken to Retreat Day Hospital. When we interviewed him, a police officer was waiting at the facility to arrest him.

“They shot me and I fell on the ground. Police kicked me and threw me in the van, after they realised I was badly injured they rushed me to the hospital,” Gwetyana said.

Police spokesperson Siyabulela Malo said that police would remain in the area until “order is maintained”. Malo said two people were arrested after they were found in possession of petrol bombs.