Mayor pledges to return to community with housing plans 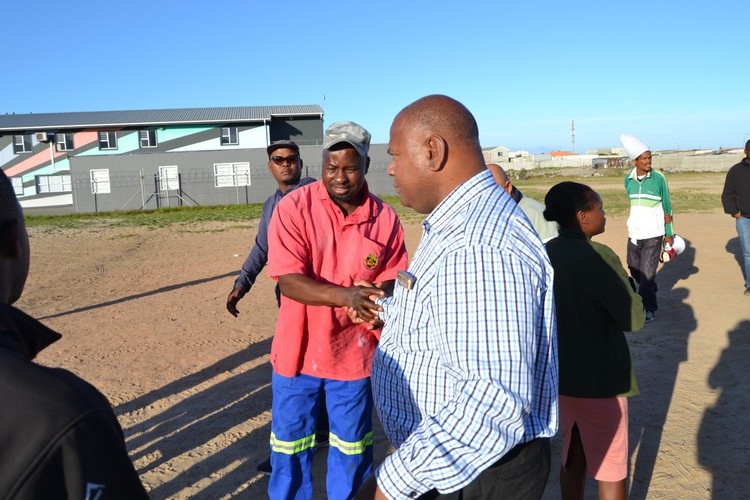 City of Cape Town mayor Dan Plato has promised to look into the recent demolitions in Vrygrond and return to the community with a housing plan.

Vrygrond leadership met Plato on Sunday to discuss development. The meeting, in the Capricorn community centre, followed shack demolitions on 25 May after residents occupied a piece of land named Xakabantu. Residents have been attempting to occupy this piece of land since April 2018.

The mayor promised to come back with future housing plans and answers about the land residents have been asking for.

Last year the residents were told that the land had been identified as a nature reserve and could not be used for housing. Instead, the City made two alternative proposals.

One, for two other pieces of land, was rejected, with residents saying it was too small and should rather be used for services such as a high school or a clinic.

The second proposal was for an extension of the buffer zone between the current informal settlement and the nature reserve. Community leader Mike Khumalo told the mayor on Sunday that the City had told them last year that it was fine for people to build 20 metres from the last house, onto the buffer zone.

It is on this buffer zone that people settled and were evicted from on 25 May.

Law enforcement officials had been coming to check the boundaries for the last six months and leaving again. “But then they came on a day where people were at work and children at school and demolished houses without any notice,” Khumalo said.

“They came back the next day while people were starting to rebuild their lives and took everything, and we had to accommodate families in the community centre because they had nowhere else to go,” said Khumalo.

Some families are now living with friends and relatives while others are still at the community centre.

Thandisizwe Mabone lives with his wife and three children at the centre. He had been staying at Xakabantu for three months before his shack was demolished. He used to rent a backyard dwelling for R900 a month could no longer afford this when he lost his job.

“I was inside when they demolished my place and I tried to stop them, but no one was listening to me. I just wanted a place to stay with my children as I no longer had a job and could not afford to rent.”

Plato said he could not answer all the questions raised by the residents and promised to return by Thursday this week with City officials to take a tour of the community.

“I will come back with all the relevant City officials to present the plans that the City has. Residents can also give input,” said Plato.

Plato also said he would talk to law enforcement officials about people’s belongings which had been taken and respond to community leaders.