The village where women can’t afford to report rape

Nearest police station is 120 kilometres away 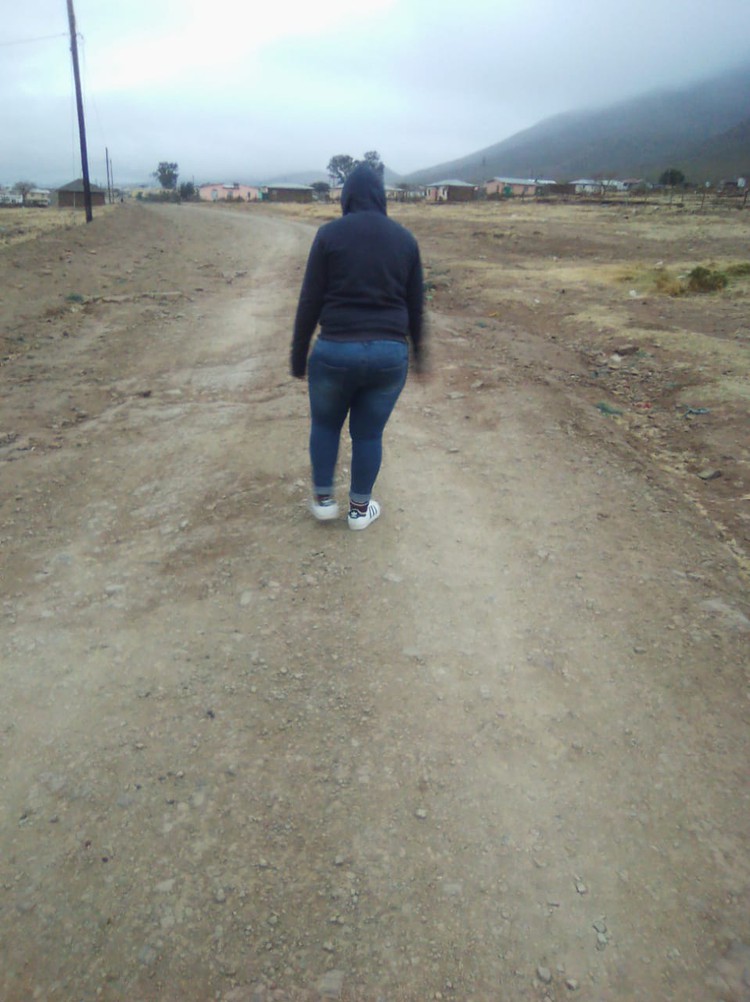 Women in this Eastern Cape village sometimes cannot afford to report a rape. And when they do, police may not investigate. Photo: Nombulelo Damba-Hendrik

Sihle* did not report to police for three days an attempt to rape her because she could not afford to get to the nearest police station, 120km away. Hers is one of many rape cases left uninvestigated because of a shortage of police in the Eastern Cape district where she lives.

Nineteen-year-old Sihle told GroundUp that the 17-year-old boy from her village in Uitkyk, Mhlanga village, had got into her house through a window.

She had screamed and her mother had grabbed the boy.

“I used a spray my father gave us when he went to Johannesburg for work. He cried, calling my mother to forgive him as she was beating him with pots. As I switched on the lights he escaped, but I saw his face,” said Sihle.

Sihle said she had called the nearest police station, at Lady Frere. The police had promised to send a van but had not done so.

On the third day police had told her to come to the station.

Residents of Uitkyk rely on one daily bus to Lady Frere, which leaves at 5:30am and comes back in the afternoon. The return fare is nearly R100.

Sihle said she ended up borrowing R200 from a loan shark which she had to repay with 50% interest.

“I asked my cousin to accompany me to the police station. I didn’t want to go alone,” said Sihle.

Mhlanga village has more than 600 houses, and residents say crime is high due to lack of police. They say they once had a mobile police station but it was only there for three months and it was taken away.

Police spokesperson Namhla Mdleleni said the mobile police station had to move around Mhlanga. One mobile station serves more than six locations with a population of 10,000 people.

Community leader Bongani Nkuzo said several rape cases did not get reported to police because the survivors did not have the money to get to the police station. He said women were not safe.

Nkuzo said the mobile police station had started well and police had patrolled the area. “But the number of police decreased from six to three then to zero. You would go there and find no police,” he said.

Sihle was the second Uitkyk resident to report an attack by the 17-year-old.

Twenty-one-year-old Ayanelisa* said she had been raped by the boy on 22 April.

Police had given her three different reasons why the boy could not be arrested: that he was under age; that there was no evidence that she had been raped because she had opened the door to him; and that she had not sufficiently identified him.

Ayanelisa said in the early hours of 22 April she had been sleeping with her 15-year-old brother and 13-year-old sister. Her mother works as a domestic worker in Ugie and only comes home at month end.

She said they were woken up by a man shouting her name and threatening to break the windows if she did not come out.

“We screamed for help but no one heard us. That boy threatened to rape me and my younger sister. I didn’t know what to do. I was scared for her. I only thought of protecting her,” said Ayanelisa.

She said she and her brother agreed that she would go to the door and he would follow and run to get help from the neighbours. But when he knocked on the neighbour’s door she did not hear.

This is a village where many women are living alone raising their children while their husbands work in big cities. Some households are run by children.

Ayanelisa said the boy had threatened her with a knife and dragged her to an open field where he raped her. “I was hoping that my brother would come to rescue me but he did not.”

In the morning she went to the clinic with her neighbour. Police were called and given the doctor’s report but did not take up the case. “I left the police station more confused and angry,” she said.

“I didn’t even get a case number. I only received it after two months when the second victim laid a charge of attempted rape and her brother called the station, asking why the boy was not arrested for raping me,” said Ayanelisa.

Mdleleni said the mobile police station would return to Uitkyk and promised to look into allegations that police had been called by Sihle and had not come.