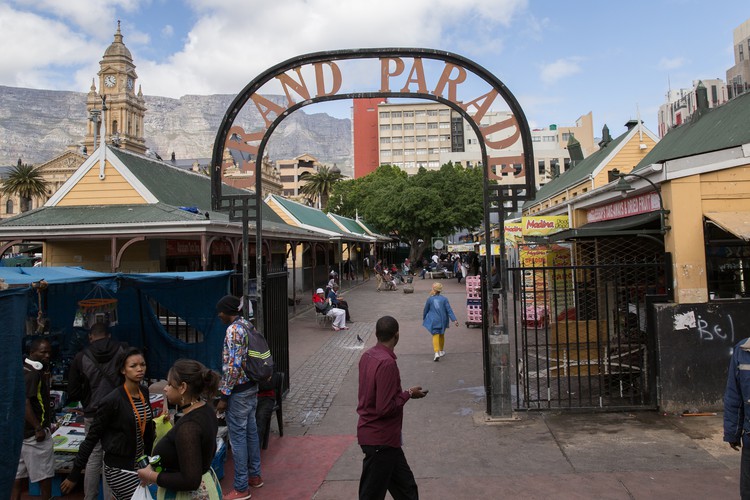 Some vendors and kiosk owners at Cape Town’s iconic Grand Parade have expressed concerns with the City’s proposed upgrades while others say it is long overdue. Archive photo: Ashraf Hendricks

Vendors and kiosk owners on the Cape Town city centre’s Grand Parade have had mixed reactions to the City of Cape Town’s proposed upgrade to the iconic public space.

The upgrade will include revamping the existing kiosk stands and demolishing the stands facing the Parade. Vendors in the kiosks that are to be demolished will be accommodated in a new kiosk space on the Parade.

Natasha Nicker says she has been selling fruit at the Parade for 42 years. She was apprehensive about the upgrade because it would see her being moved to the opposite side of the Parade. “I have been trading at this place for a long time. My customers know where to get me. If I move away, I may lose some of them,” she says.

“I have a 6m x 6m space but I was told that [with the upgrade] my space is going to be smaller. Where will I put all my fruit?” she says.

GroundUp spoke to some vendors whose kiosks are to be demolished. They said the upgrade would not address the real problems of crime and vandalism at the Parade.

“We have drug merchants all over the place. All sorts of illegal activities are prevalent here. Homeless people sleep around the kiosk and mess everywhere. The place stinks. Tourists no longer come to us because they are afraid of muggers,” says a kiosk owner who asked not to be named.

Another vendor, Abdull Meaun from Bangladesh, has been at the Parade for two years. “The City does not address illicit trade going on at the parade. The upgrade will not make any difference,” says Meaun.

But Abdullah Hendricks, whose kiosk is near Plein Street, says the upgrade is long overdue. “Our businesses are running slow due to the deteriorating conditions. We hope that after the upgrade, business will be back to normal,” he says.

Hendricks is chairperson of the Grand Parade Merchants Association and has had his kiosk for 37 years. He says the Parade’s last upgrade in 2010 was “a mere facelift” and that the new changes would create a more business-friendly environment.

Hendricks says his one concern is that the upgrade could result in an increase in rental fees. “We are already struggling. The City should be patient and allow us to recoup. We are only expecting the normal yearly percentage increase in rentals,” he says.

The City’s mayoral committee member for Assets and Facilities Management, Alderman James Vos, acknowledged that some kiosks will be given less space, be bigger or could remain the same. He says this is dependent on the structural design. “Rentals will be reviewed in consultation with the kiosk owners.” He also explained that the renovations are taking place in February — which is after the busy holiday season — so that there would be minimal disruption to the traders’ business. “Every effort will be made to minimise downtime.”