Blaze brought under control and no damage to buildings 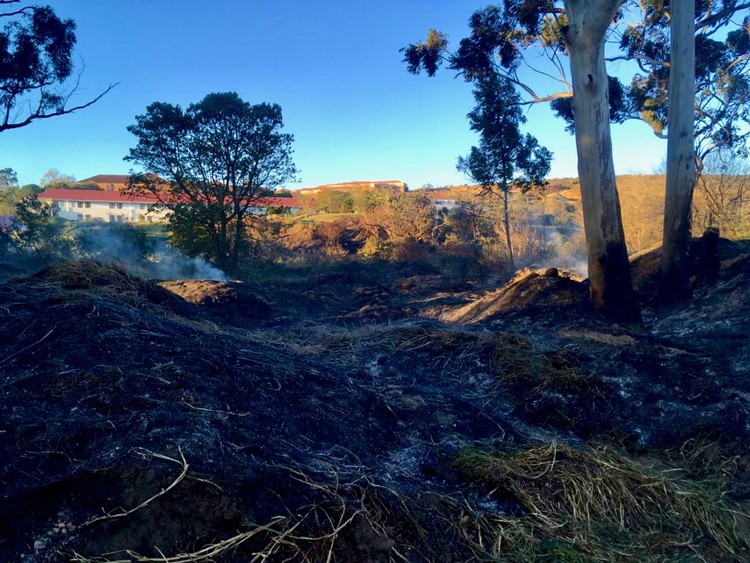 A veld fire, fanned by a howling westerly wind, came within metres of Rhodes University Upper Campus on Tuesday night. Student residences had to be evacuated.

The fire cut out the power for the whole of campus and parts of Makhanda West.

Elana Chrimbo, a warden at one of the residences, said that initially emergency services didn’t think the fire would threaten the university. Then it changed direction and started burning the bamboo just 20 metres from the Guy Butler residence.

At about 8:30pm, Makana firefighters reported that the fire was under control and that no damage had been done to any properties.

Students, whose residents were evacuated, were given mattresses and blankets to sleep at assigned residences that were a safe distance from the fire. They were told that they could only go back to their residences in the morning.

The fire started on Tuesday afternoon near the industrial side of Makhanda.

Yoliswa Ramokolo, communications officer at Makana Local Municipality said, “The fire was caused by an electrical overhead conductor that snapped during the strong winds. Due to the wind fanning the fire it quickly spread through the bushveld. There was no damage reported and all properties within the affected area were protected from the fire … The area was monitored throughout the night to avoid any flare-ups.”