Continuing the “pause” will cost lives 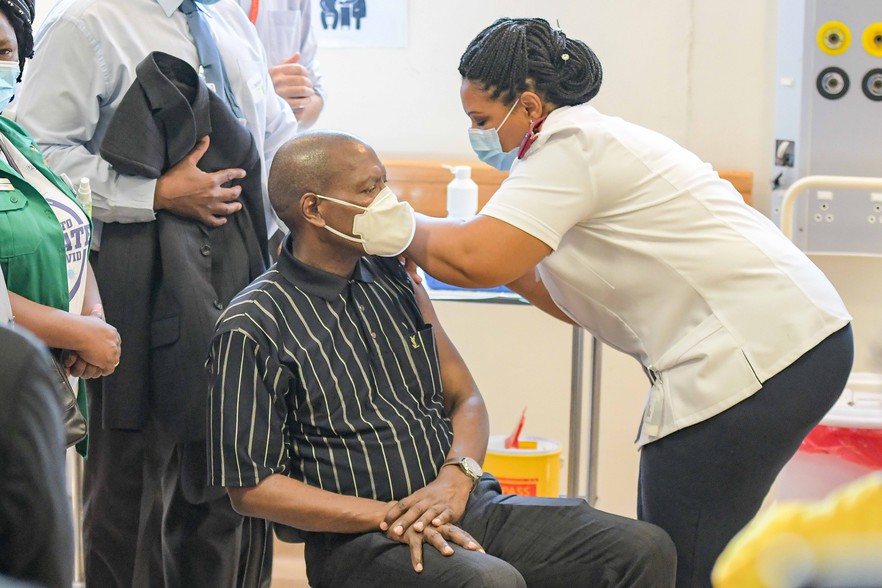 The decision to “pause” the rollout of vaccines is perplexing.

Every day the rollout is delayed results in infections and deaths that could have been prevented.

The United States decision to pause the Johnson & Johnson vaccine is taken in a very different context to South Africa. The US still has two other vaccines, Pfizer and Moderna, that it is rolling out. Even so the decision to pause in the US is controversial.

We currently only have the Johnson & Johnson vaccine that has until now been rolled out as part of the Sisonke research programme. So our rollout, already slowed by the requirements of the research protocol, has now ground to a halt.

Even though South Africa expects to get Pfizer vaccines in several weeks, the Johnson & Johnson one is much easier to distribute, requiring only one dose and less onerous refrigeration.

Unexpected setbacks are a fact of life for even the best medical interventions. But it’s a question of evaluating the risks against the benefits. The benefits of the vaccine utterly dwarf its risks.

We have had over 150,000 excess deaths in South Africa since May 2020. The vast majority of these are directly caused by Covid-19 (whatever the number, it’s much, much higher than the approximately 50k official tally). Excess deaths not caused by the virus itself are indirectly caused by the pressure on the health system or fear of people to use it (aside from small year-to-year random fluctuations in deaths).

We have to take steps to end the epidemic and vaccines are key to doing it. We have vaccinated fewer than 300,000 people, which is far too few, especially given our country’s considerable resources.

The “pause” came about because the Johnson & Johnson vaccine may be causing blood clots in an extremely small number of people, some of whom died.

But the risk of blood clots from Covid is at least several times higher. And the risk of dying from Covid versus an adverse reaction of a vaccine is barely comparable: if we achieve our goal of vaccinating 40 million people, then, in the worst scenario, about 40 may die from an adverse reaction of the vaccine. Without a vaccination programme, many thousands more will die of Covid.

That includes younger people. Nearly 40,000 of the excess deaths have been in people under the age of 60.

As we write this, there has been a spike in the past week in excess deaths. It’s too early to say whether this is a temporary blip or the beginning of a third wave. But it is a troubling reminder that Covid is far from gone. We cannot delay our vaccine programme any longer.