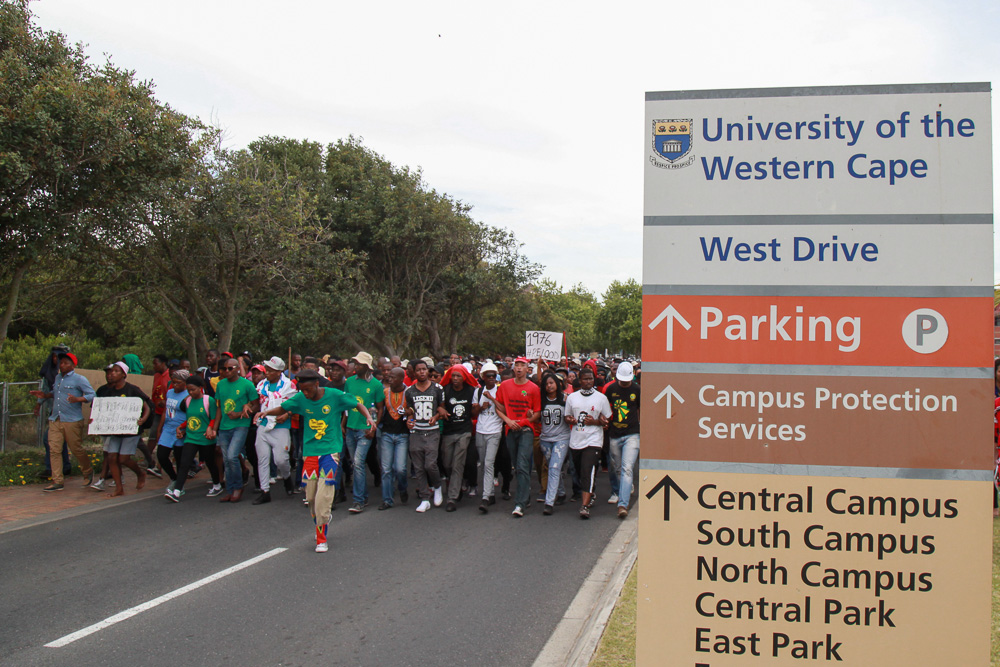 The academic year has started with protests at the University of the Western Cape and classes have been suspended. The photo above is from protests in 2015. Archive photo: Ashraf Hendricks

The University of the Western Cape (UWC) has suspended its classes until the end of the week. This comes after students led by the Student Representative Council (SRC) of UWC, Democratic Alliance Student Organisation (DASO-UWC), and South African Students Congress (SASCO-UWC) protested on campus calling for the executive to suspend classes until all UWC students are officially registered and housed.

The closure “will allow students, who have not registered yet, to complete the processes,” said Gasant Abarder, spokesperson for UWC. He said that classes will resume on Monday.

The SRC said in a statement on 3 February that over 7,500 students were unable to register due to financial difficulties. The statement said that the expectation of poor students to pay 30% of their debt upfront, registration fees and enter into a debt order agreement with UWC in order to register is “regressive and anti-poor”.

According to the SRC, students had been expecting to move into accommodation by 1 February.

Abarder confirmed that students have been staying in the student centre after they were displaced when the university’s lease was not extended for the South Point property.

He said that the university has secured 815 additional beds in private residences and students could move in “before the end of the week”.

“We don’t know how true that is,” said Zeke Wareley, Deputy Chairperson of DASO-UWC. He said that if the accommodation is not fixed, the shutdown will continue and “might even get worse”.

Even though classes have been suspended, on Wednesday students continued to protest amidst a police presence on campus.