Who can unions admit as members?

NUMSA wished to represent workers in a company in the packaging industry, but the Constitutional Court said it can’t 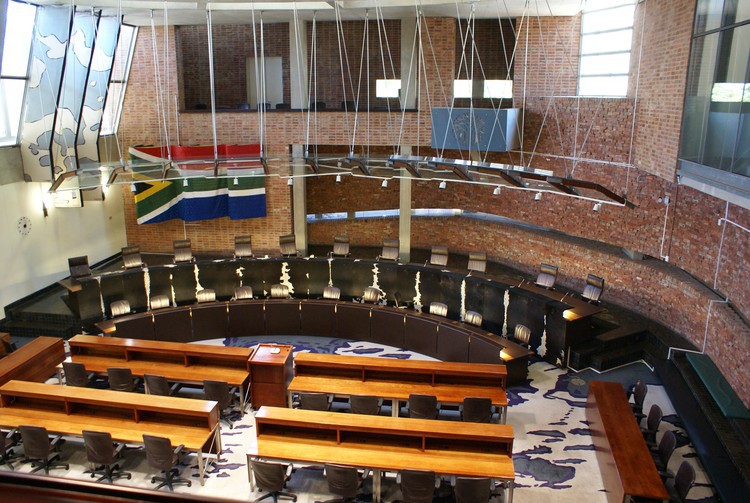 On 26 March the Constitutional Court ruled that a trade union cannot admit as members employees who do not fall within the scope of the trade union’s constitution. Archive photo: Ciaran Ryan

May a union ignore its own constitution and demand organisational rights for employees who are not technically eligible for its membership? In a unanimous decision last week, written by Acting Judge Margaret Victor, the Constitutional Court said no.

The case was about a group of employees from Lufil Packaging, a company in the paper and packaging industry, who wanted to join the National Union for Metalworkers of South Africa (NUMSA). Lufil challenged NUMSA’s right to represent its employees because in terms of NUMSA’s constitution only workers in the metal and related industries are eligible for membership.

The case first began in the Commission for Conciliation, Mediation and Arbitration (CCMA) where the arbitrator ruled in favour of NUMSA. Lufil then took that decision on review in the Labour Court.

Lufil also appealed this decision, and the Labour Appeal Court said that eligibility for membership in a union is determined by a union’s constitution. This had to be in place to ensure orderly collective bargaining, which is a legitimate purpose, it said. Also, in common law a union had no powers beyond what was conferred on it by its own constitution. This meant any decision that was inconsistent with its constitution was beyond its powers and could be challenged by an employer in court.

The Labour Relations Act (LRA) compels unions to determine who is eligible for membership based on its constitution, the court said.

Proceedings in the Constitutional Court.

In the Constitutional Court, NUMSA argued that the LRA should be interpreted generously to advance workers’ rights to fair labour practices and freedom of association. Also, if Parliament wanted to impose certain limitations on how unions can admit members it should have said so expressly. In addition, NUMSA argued that as a third party, an employer had no right to interfere with the contractual relationship between a union and its members.

Lufil argued that the Labour Appeal Court’s decision was correct and should be upheld. It argued that NUMSA must be held to the terms of its own constitution and cannot act beyond the four corners of that document.

The Constitutional Court considered NUMSA’s argument that workers’ rights to freedom of association might be infringed by the Labour Appeal Court’s approach. But the court said that by expanding membership beyond its constitution, NUMSA may well be undermining its own members’ right to freedom of association because they may have joined NUMSA precisely because of its ability to ensure collective bargaining in the metal industry.

In addition, there could be any number of reasons that existing members do not want NUMSA to start expanding its membership to other industries. By acting contrary to its constitution, it is rather NUMSA which undermines its members’ freedom to associate or conversely disassociate, the court said.

The role of a union’s constitution is to give effect to orderly collective bargaining, the court said. Also, international law was not on NUMSA’s side because it also recognised the importance of a union having a constitution and organising in terms of that document.

As far as interpretation of NUMSA’s constitution goes, it should be based on the ordinary meaning of the words used in light of their context. So, there was no way around the clear meaning of the provisions in NUMSA’s constitution. The court found that there was no infringement of the right to freedom of association or the right to fair labour practices. This was because any limitations on those rights had been created by NUMSA itself when it decided to limit membership to particular industries.

The court then pointed out that it was easy and straightforward for NUMSA to simply amend its constitution should it wish to do so. It had not chosen to do so and instead acted beyond its powers. Ensuring that unions stick to their constitutions enhances democracy, transparency and accountability, the Court said.

NUMSA’s last argument was that a third party (namely an employer) cannot interfere with the relationship between a union and a member (employee) and in doing so infringe an employee’s rights. But, said the court, the cases which NUMSA relied on for this argument were distinguishable from the present case. This was because those cases dealt with an employee’s right to representation at arbitration proceedings which is a different issue from whether an employee is eligible for membership of a union.

The Court found that the decision of the Labour Appeal Court was correct and must be upheld. If NUMSA wanted to admit employees from Lufil, it should have amended its constitution. The court made no order as to costs.