SATAWU says employees were not consulted by transport minister 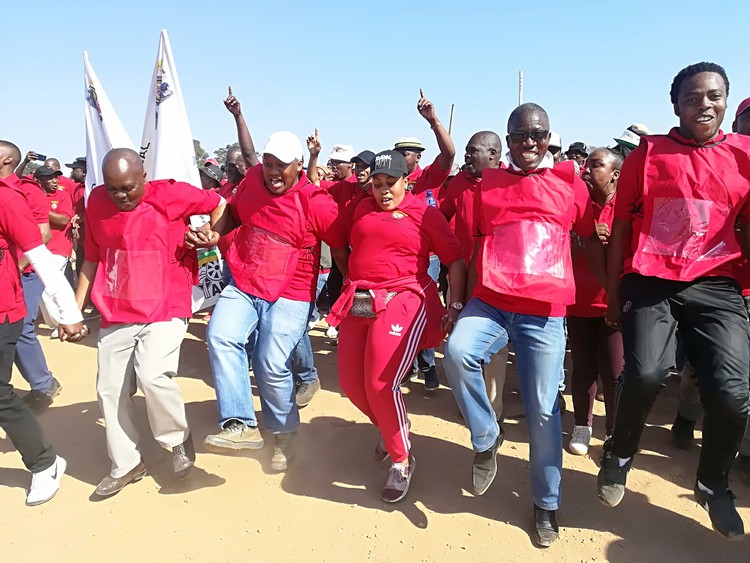 About 300 employees of North West Transport Investment (NTI), a provincial government owned transport service, marched to the Department of Transport in central Pretoria on Monday morning.

The employees are members of the South African Transport and Allied Workers Union (SATAWU). They are demanding that Minister of Transport Fikile Mbalula abandon his plans to get rid of NTI and replace it with a private company.

In a memorandum, SATAWU demanded that the minister appoint a competent board to turn NTI around, instead of putting the service up for tender. The union wants increased subsidies for NTI bus services so that it can purchase new buses. It also wants Mbalula to ensure that people responsible for corruption in NTI are prosecuted.

Mbalula mentioned his plan not to renew NTI’s contract at a community meeting held on 20 July, when he heard commuters’ complaints about the bus service. The commuters were from Hammanskraal, Mabopane and Atteridgeville. Mbalula heard how they sometimes had to pay for petrol and toll fees even though they had bought tickets. People were often late for work because the buses were unreliable. Mbalula told the commuters he would not renew NTI’s contract in April 2020, and he would instead open it up for tender.

But SATAWU shop steward chairperson in NTI, Nelson Madumo, said Mbalula did not consult with employees of NTI before making that statement.

“On the day that [Mbalula] spoke to commuters, I was there. He was supposed to meet with us for a briefing before speaking to commuters but he never pitched … He went straight to commuters without hearing the side of [NTI workers],” said Madumo.

SATAWU said in a statement on 18 August that Mbalula’s move to privatise the service would be taking away business from a state-owned entity. This would result in job losses of about 1,800 people, according to SATAWU.

SATAWU said the collapse of the bus service was largely due to insufficient subsidies from the government which made it difficult for NTI to buy new buses and improve its services.

“Out of 624 buses, 400 are older than 15 years and the rest have completely depleted their lifespan. Consequently, [NTI] found it difficult to meet its contractual obligations which not only affected organisational operations but commuter mobility,” read the statement.

NTI has also been accused of corruption and maladministration. A report released by Mochabapula Consulting Services in September 2013 revealed that NTI allegedly sold old buses irregularly and bought 95 second-hand smaller buses for the 2010 world cup at the same price as the new ones.

Madumo said the employees and SATAWU were not supporting corruption by protecting NTI. He said NTI should be afforded the same financial support as other state owned enterprises and the solution should not be handing it over to the private sector. He said the jobs of the NTI employees should be protected.

General Secretary of SATAWU, Jack Mazibuko, urged the department to respond to the memorandum within seven days. If not, he said SATAWU would “make sure that no transport is available for anyone”.

Deputy Director General of the department, Mathabatha Mokonyama, signed and received the memorandum. He promised to deliver it to Mbalula and respond within seven working days.