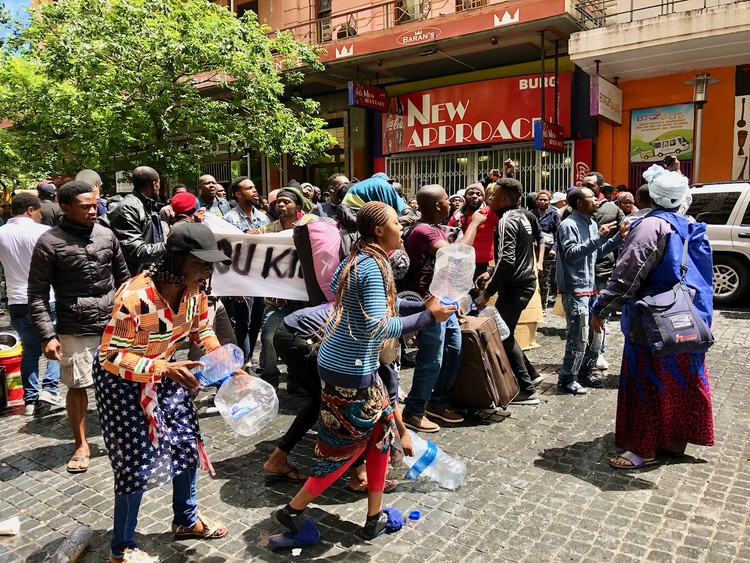 Many of the refugees and asylum seekers who previously protested outside the United Nations High Commission for Refugees are frustrated with failures from the Department of Home Affairs in providing them birth certificates and other documents. Photo: Madison Yauger

By Madison Yauger and Karabo Mafolo

Selina (not her real name), like many other refugees and asylum seekers in Cape Town, has faced numerous obstacles simply trying to obtain documents from the Department of Home Affairs.

She has been in South Africa for two years. She fled her home country, the DRC, because of war.

“It’s very difficult because here the [Cape Town Refugee] Centre is closed. They don’t take newcomers so if you’re a newcomer and then you decide to settle here in Cape Town … You don’t know where to go,” said Selina.

She is unemployed but had to travel over a thousand kilometres from Cape Town to Musina, Limpopo, in March to get her papers.

“From Cape Town to Pretoria, it cost R450. Then I took another bus from Pretoria to Musina, which cost R400,” she says. She has had to rely on compatriots, asking friends for the bus fare. For accommodation, she found shelter in a church for the week she had to stay in Musina to sort out her paperwork.

Selina is one of hundreds of refugees who have either lived or picketed outside the UNHCR office in Cape Town. Many of them, after being dispersed by police, are now staying at the church of the Central Methodist Mission on Greenmarket Square, in continued protest at the way they have been treated in South Africa. Interviewing some of the protesters reveals that Home Affairs is a key cause of their bitterness.

The Legal Resources Centre (LRC) is currently involved in a court case over the delayed reopening of Home Affairs’s Cape Town Refugee Reception Office (RRO), which closed for new applications in 2012. As a result, asylum seekers and refugees have had to travel to other provinces and offices to get their permits and renew permits, according to LRC attorney Sherylle Dass.

Many asylum seekers cannot afford the transport costs or take off work. They also have to pull their children out of school because the entire family must be present to renew certain permits.

Without papers, asylum seekers and refugees struggle to open bank accounts, enrol their children in schools, find employment or have access to healthcare.

Those who are rejected for refugee status and who appeal, sit in a very long backlog.

“Many refugees and asylum seekers have been waiting for their appeals to the Refugee Appeal Board for more than ten years, and they have to stay on asylum permits, renewing them every month,” says Shazia Sader, refugee rights clinic attorney at the University of Cape Town.

“In South Africa, there are only four offices where new applicants can apply for a permit. There was a court order for the Cape Town office to open, but it still has not opened to new applicants, and from what we’re seeing at the moment, they’re giving appointments in 2021,” says Sader.

But David Hlabane, spokesperson for Home Affairs, responded: “The Cape Town RRO assists clients from all offices irrespective of where they had applied and as such the cases of clients being shuffled from office to office must please be brought to management to investigate. Assisting clients from other offices without increasing capacity meant that not everyone will receive services at the same time. However, the Department has done as much as it could to ensure that everyone appearing at the RRO gets assistance, including starting operations around 5am.” 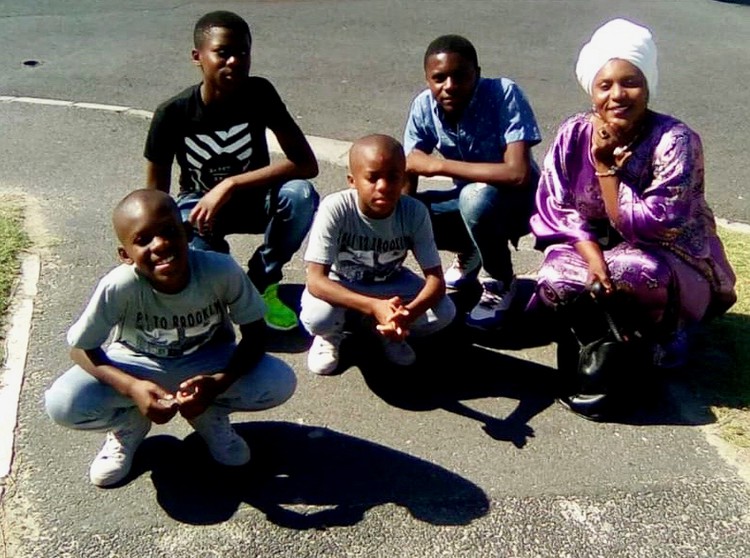 Amina Faray, a Congolese refugee, has worked tirelessly to get proper documentation for her children from Home Affairs. Photo supplied.

Amina Faray, from DRC, approached Sader after waiting two years for birth certificates for her 17-year-old son, and 11-year-old twins. Faray came to South Africa in December 2007. Her twins were born in South Africa in August 2008. When she first approached the Cape Town Home Affairs office in 2017, Faray was told to get a DNA test for her son to confirm he could get a permit. She couldn’t afford it at the time.

Faray needed papers for her children to attend school and the Scalabrini Centre of Cape Town provided her with temporary documents. These were stolen with her bag in a robbery in 2018. She had to pay the Home Affairs office in Bellville R150 to get new papers for her twins to go to primary school. Faray completed the DNA test this year at Christiaan Barnard Hospital, and then Home Affairs told her they would call her, but despite her persistence, they’ve remained unresponsive, telling her to wait for the Pretoria office.

“Regarding birth certificates, if a mother is undocumented then she cannot be issued a birth certificate. If she is documented, the birth certificates are hand-written with a reference number. There is no computer system for hand-written certificates so if they are lost, someone must go find it in a storeroom with the book. People have been waiting several years to get replacements. The Pretoria office tells people to go back to the office they applied at originally,” says Sader. 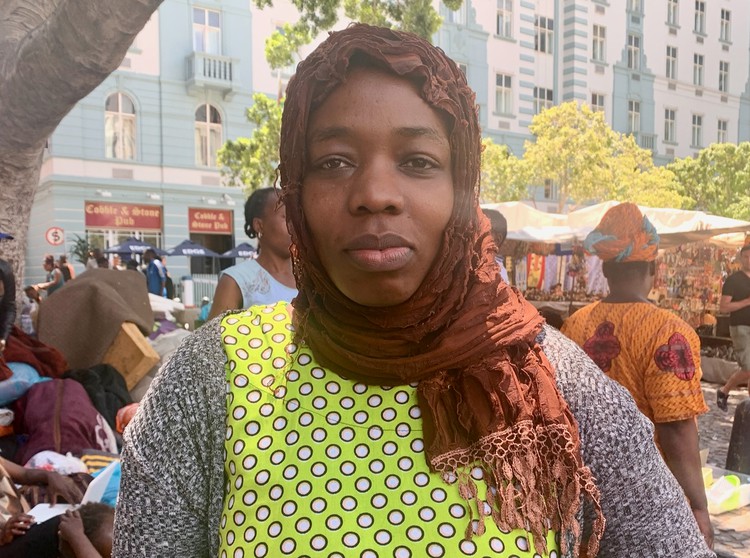 Sandra Bahibitugu, an asylum seeker from DRC, has been in South Africa since 2009. She says, “They can tell you that a refugee … has the same rights as any other person in this country except the right to vote, but that is not true.” Photo: Karabo Mafolo

She says refugees struggle to keep their papers up to date as some have to ask to be let off work every month to go to Home Affairs. “Sometimes you don’t get a job because your permit has expired,” said Bahibitugu.

On Monday 11 November, refugees staying in the Central Methodist Mission had a meeting with Home Affairs representatives, but Bahibitugu doesn’t think the meeting was constructive. “They explained to us how it works … In reality, that’s not how it works,” she said.

“They can tell you that a refugee … has the same rights as any other person in this country except the right to vote, but that is not true,” she said.

In response to allegations of xenophobia from Home Affairs officials, Hlabane said: “This is a new allegation, and is viewed in a serious note. Officials working at refugee centres are trained to understand their function, as international protection and humanitarian in character. Where pockets of ill-discipline occur, this is brought to the attention of the Department; and the Department will not hesitate to act.”

Mafolo is a Daily Maverick intern seconded to GroundUp for a month.