Undocumented Zimbabweans detained while trying to return to their country 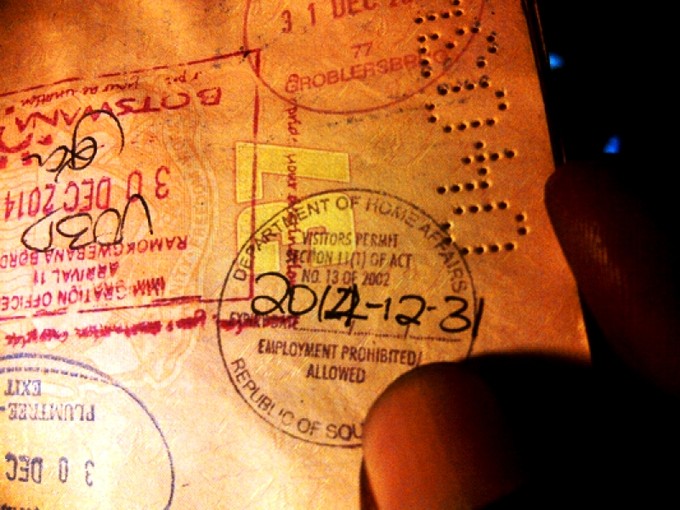 Nine Zimbabweans arrested on their way home to Zimbabwe have been held since 21 August in police cells in De Aar as “illegal foreigners”.

The Zimbabweans were travelling home in a minibus taxi . One of the nine was separated from his three children and pregnant wife, who were allowed to continue their journey.

Those who were not detained waited for three days outside Hanover police station for the release of their travelling companions. One woman became dehydrated and fainted several times. She later died after they crossed the border. Masvingo Central Police Station confirmed the death of the 35-year-old woman as a result of natural causes.

The detained Zimbabweans appeared in Hanover Magistrate Court on 25 August.

GroundUp spoke to Tafadzwa [not his real name], a co-driver of the minibus. He says the magistrate released them, saying that the Hanover police station was under-resourced and there was no need to detain people who had their own transport and who were already travelling back to their home country.

Under the impression that they were free, they returned to the police station to collect their phones and belongings. Tafadzwa called his wife in Cape Town, informing her that they had been released and they were on their way back home.

But once inside the police station, Home Affairs officials said they were detaining the Zimbabweans. They were told they would be kept for up to three months and then transferred to Lindela Repatriation Centre.

According to Tafadzwa: “He told the chief commander that he has authority over a court ruling and he will leave us inside the cells.”

Speaking from a De Aar police cell, he said the detainees had not seen the Home Affairs Officials since 25 August and had been in the cells for the past 15 days.

“The living conditions are horrible. The toilets are stinky and broken. I am sick. Taking medication without eating proper food seems to be worsening the condition. We only get two slices of bread, three times a day with black coffee. Sometimes we get rice, but it is hardly edible. It is too watery,” he said.

Tafadzwa’s wife says she is getting angry calls and Whatsapp texts from people that had sent goods with her husband.

Tafadzwa is the only one with the right addresses for the luggage. Some of the bags have gone missing and some of the goods are being held at Beitbridge border post because the owners who have to pay the import duty are still detained.

Lieutenant Colonel Dimakatso Mooi, Provincial Corporate Communication for the Northern Cape South African Police Services said: “The people in question were arrested by Home Affairs and were detained at De Aar Police Station on 21 August 2016. Detention warrant was issued for them hence they are still in custody.”

According to Home Affairs Media Liaison Officer Thabo Mokgola, the officials acted within the law. He said: “In this instance, these illegal foreign nationals were released by the courts without administrative processes undertaken to determine their continued stay or travelling in South Africa. They were transferred to De Aar and detained as illegal foreigners and served with all documents as prescribed in section 34 of the Immigration Act.”

He said, “We are in the process of releasing those whose passports will be presented to officials of the Department.”