Understanding the court challenge to the nuclear deal

Major case against state capture will be heard in December 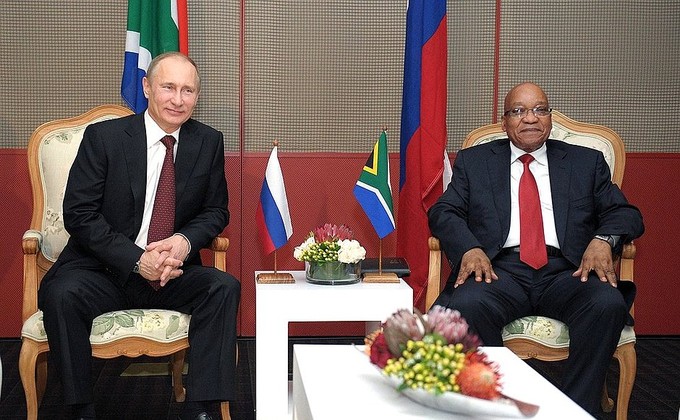 The nuclear deal with Russia is at the heart of the state capture controversy. Its estimated cost of over a trillion rand, a similar size to the government’s annual budget, is unaffordable.

The deal is being challenged in the Western Cape High Court on 13 and 14 December. The applicants are Earthlife Africa and the Southern African Faith Communities’ Environment Institute (SAFCEI). The respondents are the Minister of Energy, the president and the National Energy Regulator of South Africa (NERSA). The representatives of Parliament are also respondents: the Speaker of the National Assembly, and the Chairperson of the National Council of Provinces.

It is not easy for NGOs to run a case of this size and complexity. It has already cost the applicants R1 million and they are trying to raise a further R500,000.

GroundUp takes no position on the pros and cons of nuclear power. We are however concerned by the astronomical cost, secrecy and suspicion of corruption surrounding this particular deal. We support this court application because if successful it might prevent a large amount of public money being wasted that could be better spent improving the power supply, education and health systems, and social services. But it will not be easy for the applicants: courts are unwilling to override government policy unless there are compelling arguments that unlawful decisions have been made.

This article simplifies greatly the complex issues in the case, hopefully not at the expense of accuracy.

In October 2015, Earthlife and SAFCEI filed their application in the Western Cape High Court. They are challenging the constitutionality of government agreements for procuring nuclear reactors.

Earthlife and SAFCEI want the court to declare invalid a decision made by the Minister of Energy that South Africa use nuclear power to develop an additional 9,600 MW of nuclear power (five times more nuclear energy than Koeberg is capable of producing).

The minister made this decision, or determination in legal-speak, in terms of the Electricity Regulation Act (ERA). The ERA provides for her to make these determinations so that we can plan for the country’s future electricity supply.

According to the ERA these determinations must be made following an independent study dealing with future demand, costs and other issues that take place in terms of an Integrated Resource Plan (IRP) adopted by cabinet. These IRPs have to be reviewed every two years. The first IRP, known as IRP 2010 (adopted in 2011) made the case for nuclear procurement. However a second IRP, known as IRP 2013, suggested that any decision on nuclear should be deferred well into the future. But this IRP was never adopted and so only has unofficial status. The Minister therefore made the determination based on an IRP that was out-of-date and contradicted by a subsequent IRP. On 21 November 2016 the outlines of another and much delayed IRP were released. But there are concerns about its integrity. It brings nuclear back into the mix, although in smaller amounts and somewhat deferred.

The applicants also want the court to declare invalid the agreement between South Africa and Russia, as well as the tabling in Parliament of the deals with the USA and the Republic of Korea. All three of the challenged agreements were tabled in Parliament in June 2015.*

The determination, promulgated (i.e. when it became law) by the Minister of Energy in December 2015, says that Eskom will purchase the electricity, and that the procurement process will be fair, equitable, transparent, competitive and cost-effective.

The applicants argue that the determination is unlawful. They argue that the public has not been given an opportunity to participate in the decision making process.

However, the Applicants argue that the determination constitutes “administrative action”. And this, according to section 33 of the Constitution, does require procedural fairness, including public participation.

The government has countered by arguing that making a determination is only a policy decision. The distinction is important because administrative action requires greater judicial oversight than policy decisions.

It will now be up to the court to decide whether a decision on how much additional electricity is needed and what sources should be used to generate this electricity is a policy decision or an administrative action requiring more rigorous oversight and review.

What was wrong with the American and South Korean agreements?

Section 231 of the Constitution outlines two procedures which bind South Africa to an international agreement.

The first, section 231(1), requires that Parliament approve the agreement before it is binding.

The second, section 231(2), used for “technical, administrative or executive nature” agreements does not require Parliament’s approval. However it must be tabled in Parliament “within a reasonable time”. It is this, less stringent, procedure that has been used in the nuclear deals.

While the Constitution does not define what a reasonable time is, the Office of the Chief State Law Advisor says that agreements should be tabled within one year of signature. The Korean agreement was signed in 2010 and the American one was signed in 2009 but both were only tabled in Parliament in June 2015, years after being signed. The applicants argue that the Minister of Energy’s delay in tabling the agreements was unconstitutional.

Why is the agreement with Russia different?

The agreement with Russia, called the Strategic Partnership on Nuclear Power and Industry, is at the crux of concerns about the nuclear deal.

Earthlife and SAFCEI argue that this agreement was tabled using the wrong section of the Constitution — Section 231(1) instead of 231(2) — evading debate in Parliament.

They also argue that the agreement was unlawful because it is actually a part of the nuclear energy procurement process.

The argument over the tabling of the agreement is technical. The procedures for tabling international agreements in Parliament state that a minister must obtain an opinion from the state law advisers on which process to follow. This opinion decides whether the agreement should be debated in Parliament.

According to the state law advisor’s memo presented in Parliament when the Russian agreement was tabled, it needed approval by a resolution of Parliament. But this did not happen.

This means the minister failed to follow parliamentary procedure and the opinion of the state law advisor. It also means that the constitutional requirements to bring the agreement into force have not been met. The agreement is therefore not yet binding under South African law.

Also, Parliament should have challenged the minister’s failure to comply with procedure. It did not do this, so the applicants’ review of the decision should succeed.

According to the minutes of a parliamentary committee meeting, one of the queries raised during it was why the terms of the Russian agreement were significantly different to others.

The Russian agreement is very detailed and specific. For example, it provides for two new nuclear plants with a particular kind of reactor, generating a specified amount of electricity. The agreement requires South Africa to procure services and goods from Russia. Also very controversial is that it indemnifies Russia from any liability from nuclear accidents.

If the court agrees with the applicants that this agreement is a procurement step, the agreement will be unconstitutional.

* There was a technical legal error in this paragraph which has been corrected.