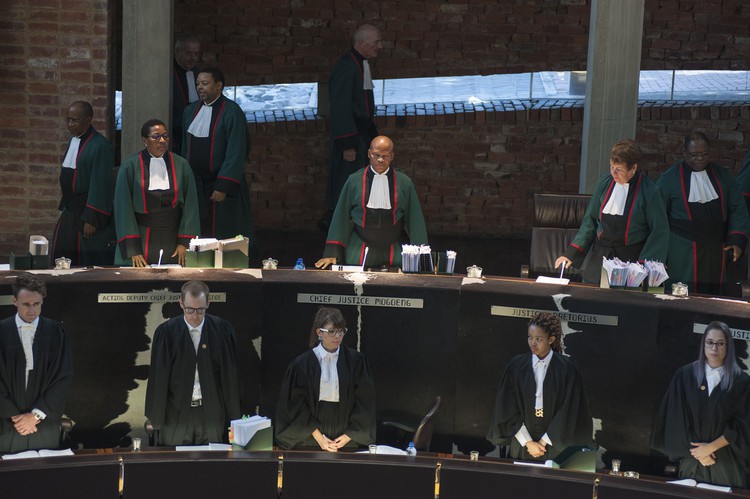 The Constitutional Court has ruled that sexual assaults that took place more than 20 years ago may be prosecuted. Archive photo: Ihsaan Haffejee

Criminal law prevents sexual offenses, other than rape, that were committed more than 20 years ago from being prosecuted. In a landmark ruling, the Constitutional Court had declared this unconstitutional. The ruling is a victory for survivors of all sexual violence, especially women and children.

The Criminal Procedure Act prevents the National Prosecuting Authority (NPA) from prosecuting anyone who is alleged to have committed any sexual offense (other than rape, compelled rape, human trafficking or use of a minor child or person with a mental disability for the purposes of pornography) if it was committed more than 20 years ago. The Act provided an absolute bar to prosecuting such offenses and did not make provision for any exceptions.

The court case concerned a group of eight people, mostly women, who alleged that the late Sidney Frankel sexually assaulted them when they were between the ages of six and 15 years old. The alleged acts took place between 1970 and 1989. But, because of the 20-year prescription period imposed by the criminal law, the right to prosecute Frankel ended between 1998 and 2001.

The “Frankel Eight” explain in their papers that they did not report these offences during the 20-year period, because at the time, they did not fully appreciate the nature and extent of the offences allegedly committed against them. They argued that they only gained a full appreciation of what had happened to them between June 2012 and June 2015. During this time, they started criminal and civil proceedings against Frankel. However, once they disclosed the acts which had been committed against them, the NPA declined to prosecute. This was because of the 20-year prescription rule.

The Frankel Eight then approached the Gauteng High Court in Johannesburg to declare the 20-year prescription rule unconstitutional to the extent that it prevents the NPA in all circumstances from prosecuting all sexual offenses. The High Court ruled in their favour. Also, it ruled that the rule was unconstitutional not only in relation to sexual offenses committed against children, but adults as well.

The Women’s Legal Centre, Lawyers for Human Rights and the Teddy Bear Clinic (an NGO which deals with children’s rights) were joined to the proceedings to make additional submissions.

The Women’s Legal Centre explained why survivors of sexual assault often delay or even fail to report the offenses committed against them. The Teddy Bear Clinic explained how the law prevented the state from fulfilling its duty to protect children from all forms of harm.

The Constitutional Court had to decide two main issues. First, whether the provisions of the criminal law were irrational and therefore unconstitutional. Second, what kind of relief the court should order if it finds the law unconstitutional.

Is the 20-year prescription rule irrational?

In order to be considered rational, the law would have to advance a legitimate government purpose. The Minister of Justice and Constitutional Development had conceded that the law was unconstitutional and did not offer any argument in its defense. Frankel’s legal team also did not make any submissions in this regard. Their only concerns were about the relief the court would grant.

The court found that the only possible rationale for the law in place was a particular view which considered some sexual offenses (penetrative sex) to be invariably more serious than others (non-penetrative). It also agreed with the Women’s Legal Centre that there was no factual or policy basis for this view and it must therefore be rejected.

Also, the court found the rule to be irrational for several more reasons. First, it ignores the fact that there are many compelling reasons why survivors may come forward much later. For example, their personal circumstances might change, or they might gain resilience and courage after receiving counselling.

Second, the court noted structural impediments to reporting. This includes the fact that most survivors are in an unequal power relationship with their perpetrator, who is often a family member or partner. Also, of the sexual offenses which are reported, few ever result in a successful prosecution. All of this points to the fact that “the systemic sexual exploitation of women and children depends on secrecy, fear and shame”. These structural problems cause survivors to feel fearful, humiliated and reluctant to come forward.

This means that the provision penalises survivors of sexual assault even when there is a reasonable explanation for their delay in reporting the offence.

The court concluded that the state has a duty both under the Constitution and international law to protect women and children from all forms of discrimination and to prevent any impediments to their full enjoyment of all rights and freedoms.

For all these reasons, the court found that the rule was irrational and therefore unconstitutional.

What relief should the court grant?

The Constitutional Court must declare invalid any law or conduct which is inconsistent with the Constitution. However, because Parliament and not the courts have the power to draft and amend legislation, the court usually “suspends” its “declaration of invalidity” to give Parliament time to remedy the defective law.

The court had to decide what the best remedy would be to ensure that it protects survivors while also not intruding on the domain of Parliament, thereby undermining the separation of powers. The parties differed on what approach the court should take and the court took the middle ground.

The court decided that the most appropriate relief would be to suspend the declaration of invalidity for 24 months. However, in the meanwhile, the legislation will be read in a way that allows the NPA to prosecute all sexual offenses regardless of when they occurred.

The court also found that if Parliament fails to remedy the defect in the legislation after 24 months have passed, the court’s revised version of the legislation would become final.

The effect of the judgment on Frankel

One side issue the court had to determine is whether the order it makes would apply to crimes which were not crimes at the time they were committed. This is known as the principle of “legality” and is part of the right to a fair trial. It prohibits the law from being applied retrospectively.

The court found that this rule did not assist Frankel because at the time he allegedly committed the offenses in question, the facts could support a conclusion that at the very least he committed the crime of indecent assault which was always a crime under the common law.

For this reason, the court found that Frankel could still have been prosecuted had he still been alive. It means also that accused people who are alleged to have committed sexual offenses more than 20 years ago may now be prosecuted. The court limited this order of retrospectivity however to 27 April 1994, the day of South Africa’s first democratic election.

Since Frankel has died, the ruling has no repercussions for him (though there is an adverse cost order against his estate), but it is a precedent for other cases.

The importance of this judgment

In light of the recent raised awareness about sexual assault, highlighted by the global #MeToo movement, the court’s adoption of a victim-centric interpretation of the law should be welcomed. The judgment is perhaps the first unequivocal judicial recognition of the multiple structural challenges that survivors of sexual violence face and may pave the way for a more humane and compassionate jurisprudence.

CORRECTION: Sidney Frankel’s first name in the headline was misspelt.