Union says government needs to go back to the drawing board 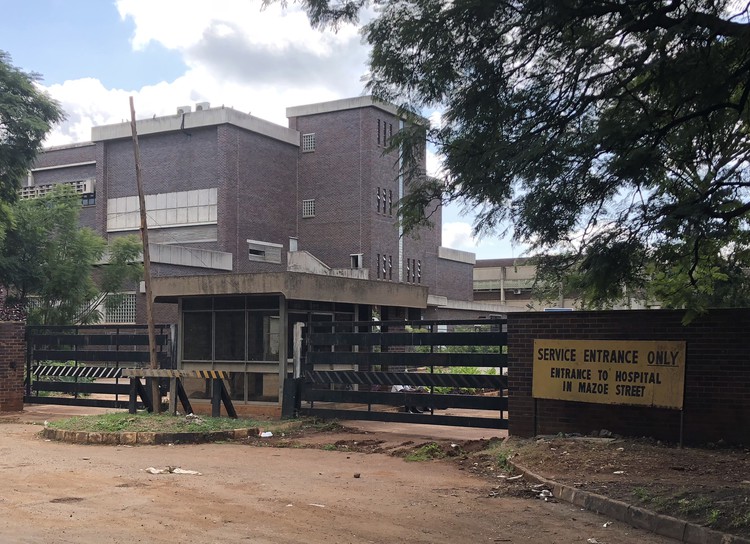 Nurses went on strike at Parirenyatwa Hospital in Harare because they say they do not have basic equipment such as gloves and paracetamol. Photo: Tariro Washinyira

“In my ward there is a big shortage of nurses, the ratio is about one nurse to 15 patients. The normal ratio should be at least one to five,” a nurse, who has been at the Parirenyatwa Hospital in Harare since 2009, told GroundUp.

She was fired by the Zimbabwean government along with many other workers for participating in a national strike in April. The workers were then reinstated. But their grievances still stand, she says.

“I’m tired of improvising. I work without basic equipment like gloves. I am overworked,” said the nurse. “Though the ward capacity is 30 patients, it is always overflowing. Management expects us to attend diligently to the patients and clearly follow the doctor’s instructions for every patient. How possible is that?” she asks.

“The government doesn’t train and deploy enough nurses as soon as they qualify. Many nurses are sitting at home doing nothing. The government claims there is no money to employ them, but we are overwhelmed.”

“When we went on strike, sisters in charge remained on duty, but later on they wrote to the principal nursing officer that they were also withdrawing their services due to the burnout. They had been working around the clock, managing two or more wards,” said the nurse.

Enoch Dongo, Secretary General of the Zimbabwe Nurses Association, established in 1980, said it had a membership of 8,000.

“Nurses’ morale is very low,” said Dongo. “They are disgruntled and not certain about their future. According to the constitution it is their right to participate in collective action, but the government is intimidating and silencing them.

“The law also says if the union fails to agree with the employer, workers are allowed to give 14 days’ notice and embark on strike,” said Dongo.

He said nurses had to go searching in through various wards to try and find such basic items as gloves, sputum mugs and paracetamol.

Dongo said, “Government should go back to the drawing board with the nurses and rectify the situation.”

The Zimbabwean department of health responds

Major General Gwinji, the secretary for health, said the Bipartite Negotiating Forum for the health sector met regularly and employees were expected to use it for addressing grievances. People also had the right to use the courts.

“We value the services provided by the nursing fraternity at all levels of our health care … Nurses form the backbone of these services … We strive to make conditions conducive for every health worker in the system. We however have to do this in the confines of what Government can afford,” stated Gwinji.

He said the treasury had frozen posts across the public service to manage the wage bill. “So in as much as we would have liked more nurses in our hospitals we could not do it,” said Gwinji.

UPDATE: This article was updated with comment by Major General Gwinji on 9 May.