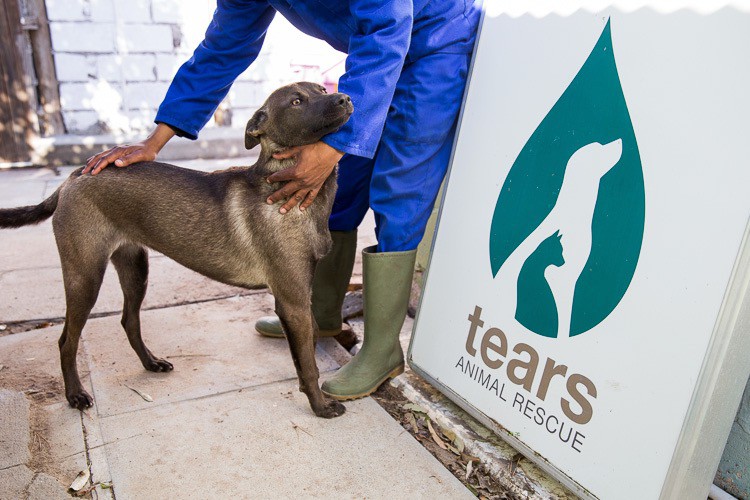 The Emma Animal Rescue Society (TEARS) has had to reduce staff by 20% and cut work hours. Photo: Ashraf Hendricks

Earlier this year, The Emma Animal Rescue Society (TEARS) had to reduce staff by 20% and cut work hours to secure the future of the shelter. It also cannot afford to take in any new animals, unless the person who brings the animal agrees to pay the costs of treatment.

Since its founding in 1999 by Marilyn Hoole and two others, every sterilisation and first vaccination was free of charge. TEARS, which serves communities around Oceanview, Masiphumelele, Vrygrond, and Red Hill, was providing up to 800 free sterilisations and 200 to 300 free vaccinations a month. Veterinary care costs alone ran to R300,000 per month.

Mandy Store, the operations manager, said that after the initial free service, if the animal needed attention, TEARS subsidised the actual cost by 60 to 70%. “We spend R400,000 to R500,000 per month on running expenses for the clinic with the medication and the staff.”

Store said in the past, if the client couldn’t pay, they still treated the animal. The clinic at the rescue shetler is at the core of its activity. But now, the “income is obviously not sustaining the expense”.

“The entire shelter is based on three processes: rescue, rehabilitate, and re-home,” said Store. When an animal is admitted to TEARS, “we quarantine them for 21 days, where they’re assessed to make sure they don’t have any diseases and sicknesses …. They get vaccinated, sterilised, micro-chipped, de-wormed and deflead.”

After that, the animal moves to the kennels and is rehabilitated. “That’s the mental, emotional side of the animals,” said Store. “From there, it’s the re-homing.”

“Every cent that we get is invested back into the animals that we rescue,” said Store.

“We were sustaining it to a point, and then about a year ago, our income started dropping every month as we saw economic recession,” said Store. “We didn’t stop the services, because we thought we’d be getting the income and funding back, but we reached a point and realised that we just can’t.”

“We’re trying to get deals with the drug suppliers … and using more donated food,” said Store.

If someone brings in an animal in pain, the person has to decide whether they can find the money to treat it or whether to euthanase, which the organisation is still doing free of cost.

“We have never let an animal suffer,” said Store.

To donate, contact TEARS on its website. One can also donate goods to their charity shops or volunteer at one of their locations.