Principal promises allowances will be paid in three to four days 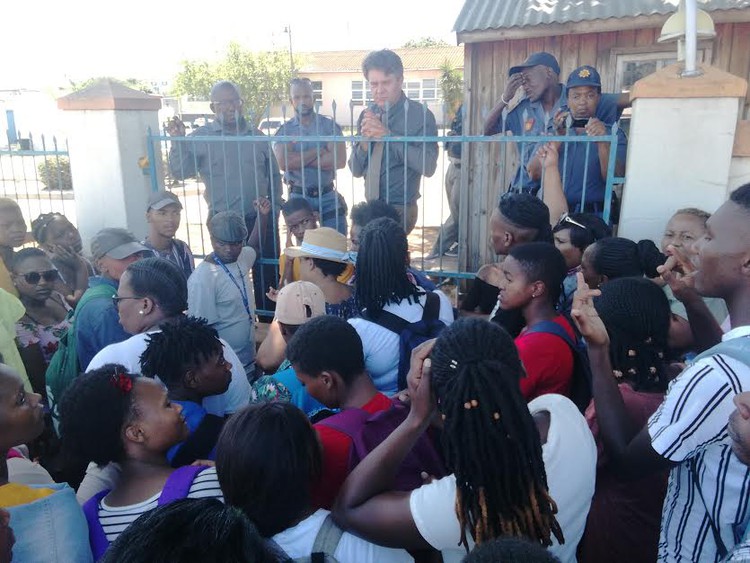 Over 100 students stormed out of the High Street and Park Avenue campuses at the Eastcape Midlands TVET College in Uitenhage on Wednesday afternoon.

The singing students shut down both campuses. They were boycotting classes, saying that their National Student Financial Aid Scheme (NSFAS) allowances had not been paid.

“This is a pain to all of us!” a student shouted as they marched from campuses to the college head office street on the corner of Durban and Cuyler Streets.

Students said they were being thrown out of rented flats and houses by the landlords who were tired of hearing “stories” from them when they failed to pay the rent.

A student shouted to the principal: “We have assignments and tests at the school, but we don’t have money to attend because transport allowances haven’t been paid yet by NSFAS.”

Another student said, “We have siblings at home. Those siblings are being taken care of by our grandmothers, through their pension money. To come to school, we also get transport money from our grandma’s pension money and that’s not fair.”

Van Heerden said: “The living allowances will be paid in three to four days and that I can commit to. That allowance is only for returning students. Systematically, NSFAS is processing payments. If your documents are correct, the next payment will be done on 25 and 28 February, for accommodation and transport allowances.”