Tygerberg Hospital without water for days 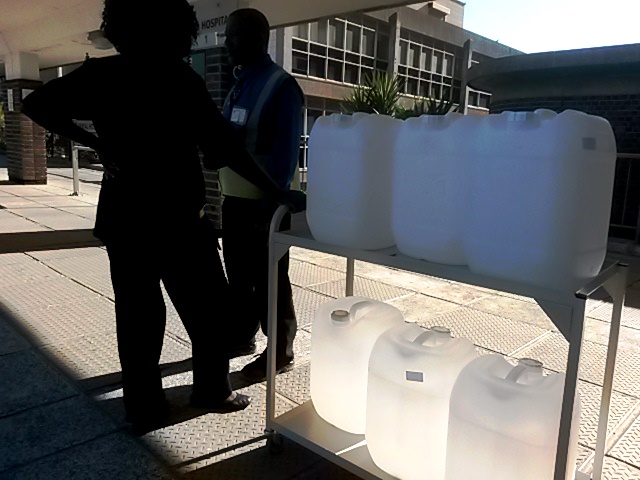 UPDATE AFTER PUBLICATION: On 5 February in the afternoon, the Western Cape Health Department said that water was restored to Tygerberg Hospital.

Ambulance services were turned away this week at Tygerberg hospital as the trauma unit was closed to any new emergency cases after a water main burst.

On Friday morning, dozens of portable toilets could be seen being transported onto the premises. Some cleaning staff were also seen transporting trolleys of ten litre plastic containers filled with water to different wards.

“We have been experiencing significant water shortages since Wednesday morning,” said Francis. “Emergency services has replenished the hospital’s water storage tanks to ensure that there is water supply in critical areas of the premises.”

He said new emergency patients are being referred to Groote Schuur and Karl Bremer hospitals until further notice.

“We will however continue to perform emergency surgeries as required,” he said. “Water will be available via water tanks. Portable toilets and janitors have been hired. We expect that the water situation will be back to normal late on Friday.”