Witnesses yet to be interviewed 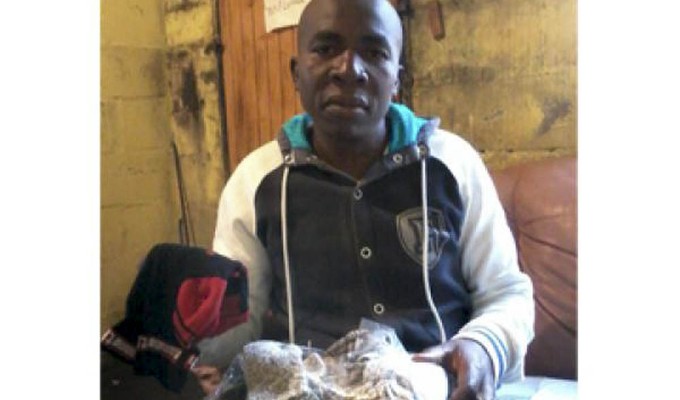 Samson Chifamba says he can no longer work after being assaulted by police in 2014. Photo: Tariro Washinyira

Chifamba was assaulted at his house at Asanda Village in Strand in January 2014. He has damage to his ear and his hands.

In June 2014, then-spokesman Moses Dlamini said the IPID had investigated the matter and recommended disciplinary action against the four officers.

Chifamba was called to testify but the hearing was inconclusive. No witnesses were called.

Acting spokesperson for the IPID, Robbie Raburabu, told GroundUp today that the process had been delayed because the previous IPID investigator had not been able to arrange an appointment with Chifamba and his witnesses.

But Chifamba says the investigator made no effort to keep in touch with him, changed his statement and that of his wife, who is one of the witnesses, and forged his signature. He says the officer, from the Belville IPID, rewrote his statement to read that only one police officer, not four, had assaulted him.

Raburabu said a meeting had been held today with Chifamba, who had given the new investigating officer details of five witnesses, three in Cape Town, one in the Eastern Cape and one in Dubai. These witnesses would now be contacted, he said.

Chifamba said he found it hard to work since the assault.

“I can’t handle equipment anymore. I had to give up piece jobs like tiling, painting and paving.”

“I used to buy cattle hooves, tripe and winter clothes in bulk to resell, but now I am not able to do it. I am ill,” he said.

Chifamba is suing the Minister of Police for R300,000. His attorney, Chimoné Claassens of Laubscher & Hattingh Attorneys, said if the minister were not willing to negotiate a settlement she would apply for a court date for the matter to be heard.

Musa Zondi, spokesperson for the Minister of Police, declined to comment.