Two council units in Parkwood burnt down in May and June. Residents were given containers to live in 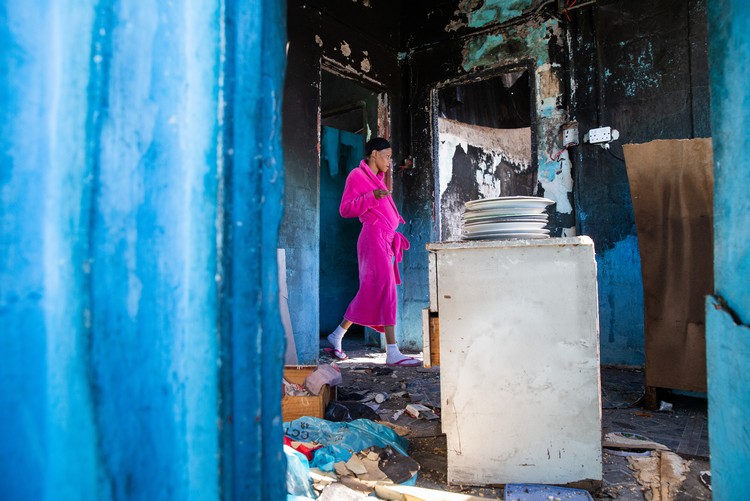 Parkwood resident Nikita Harrison walks through what remains of her family’s council flat after it was gutted by a fire on 23 May. It is yet to be fixed by the City of Cape Town. Photo: Ashraf Hendricks

Two Parkwood families have been living in a small shipping container for over a month after their council flats were gutted in separate fires.

Leonie Harrison and five relatives lost everything when a fire destroyed their four-room flat on the top floor of Corin Courts. It is unclear what started the fire.

Harrison’s niece, Nikita Harrison, was in the flat with her sister when the fire started. Recalling the incident she said, “We were sitting in the lounge when we suddenly saw flames coming from our bedroom. We immediately ran out the house because the flames were big and the fire was spreading fast.” They watched their home and belongings go up in smoke despite neighbours helping them to douse the flames, she said.

The City of Cape Town then moved the Harrison family into a container placed behind the block of flats. The family says they have tried to squeeze in all their furniture which includes a bunk bed and a single bed. They also do not have a toilet and still use the one in their charred flat.

“It’s a struggle living here and there are six of us, four adults and two children. The council has not told us what will happen regarding our living conditions,” said Leonie Harrison.

The fire also damaged Jasmine Peters’ neighbouring flat. The ceiling has holes and most of her windows were broken. She managed to secure and fix the windows herself.

On 14 June, the Booysen’s home also burnt down after 12am. The City says the cause of the fire was “radiated heat from the fireplace igniting combustible material”.

The family of seven were given a container by the City but have opted to live in a neighbour’s lounge. They said the container was too small and it had no electricity. Jerome Booysen said only one relative now lives in the container and uses candles for lighting. 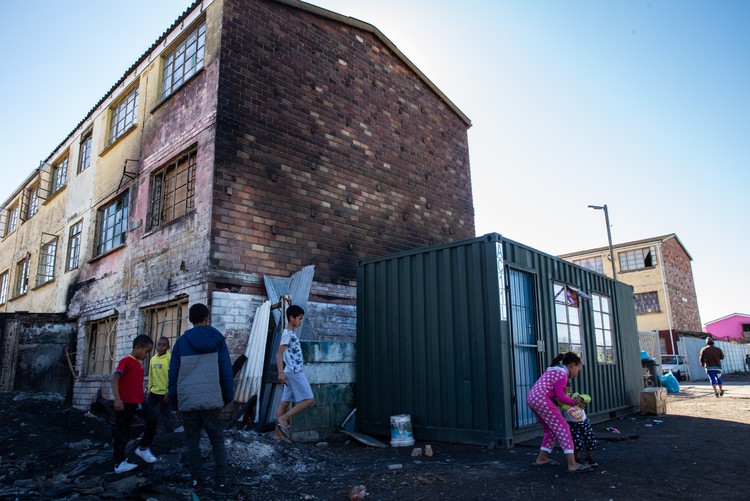 Children playing in charred rubble where the Booysen’s family home stood before burning down on 14 June. The City provided the family of seven with a green container (seen above) as alternative accommodation. Photo: Ashraf Hendricks.

Parkwood community leader and resident, Dominique Booysen (not related to the Booysen family), said, “It’s almost two months now, and there is still no set plan from the City about what is going to happen to these families and their homes.”

Mayoral Committee Member for Assets and Facilities Management, Stuart Diamond, said they were aware of the two families’ situation. He said the necessary administrative and insurance documentation was submitted to speed up the process.

Diamond said that “the standard procedure in an event of this nature is that occupants be provided with temporary accommodation until the units are fixed”.