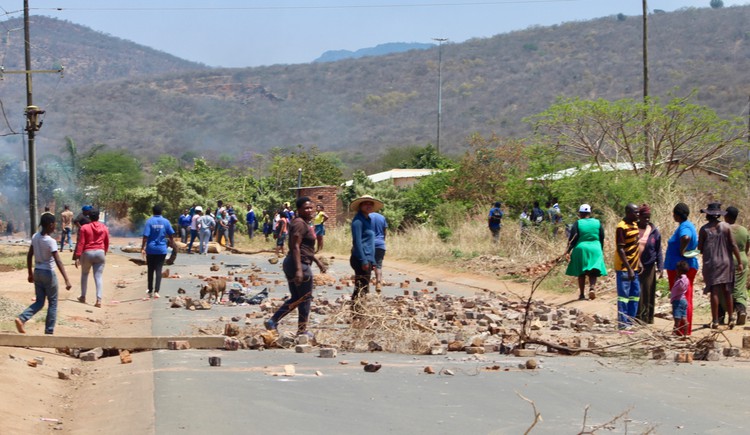 Tshikota residents block a road in a protest over water. Photo: Bernard Chiguvare

Constable Tshifhiwa Radzilani of SAPS said the 12 appeared in Louis Trichardt Magistrates Court on Thursday on charges of public violence. They were released and the case postponed to 15 November.

Police are monitoring the situation. The streets were quiet on the weekend.

Tshikota residents had blocked roads leading into the township on Tuesday demanding a reliable water supply. Residents told GroundUp that their taps only had water for a couple of hours during the night. 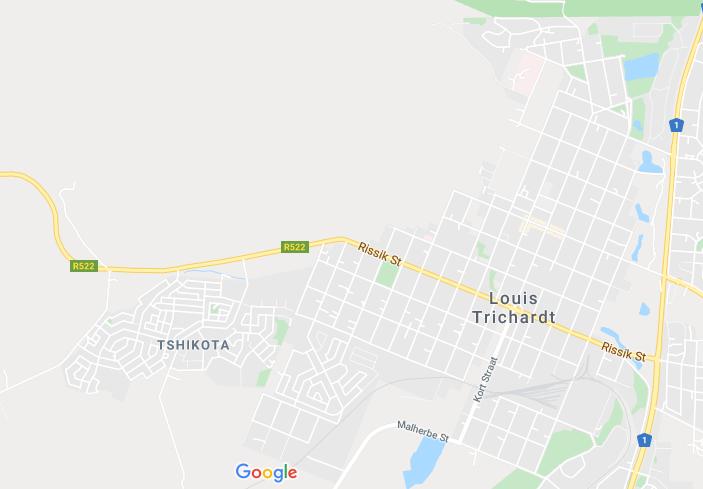 Tshikoto, a township on the west side of Louis Trichardt (in the north of Limpopo province), had a population of 7,500 people in the 2011 census. Image from Google Maps.