“During election period we had constant water supply” 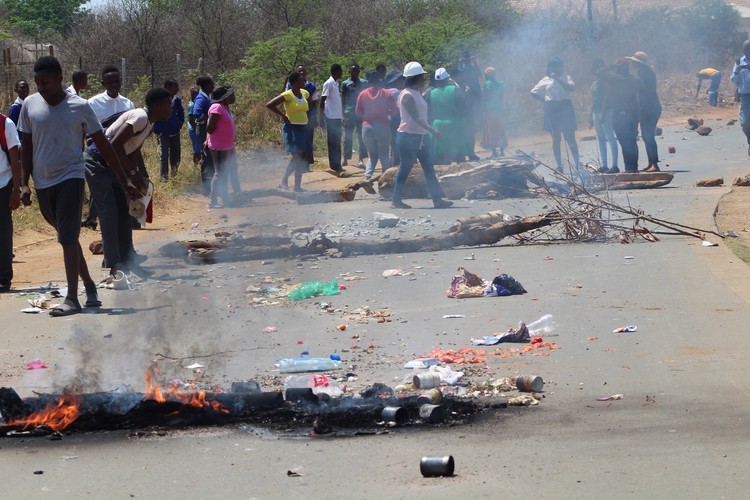 Residents of Tshikota in Limpopo blocked roads into the township on Tuesday, calling for a reliable water supply.

“We are not going to open the roads until the municipality supplies us with constant water,” said a protesting resident.

The residents have taps at their houses, but they say the water supply is unreliable and mostly only flows for a couple of hours during the night. They say Vhembe municipality has not responded to their demands.

Tshikota is about two kilometres outside Louis Trichardt.

Matodzi Ralushai, Vhembe municipal manager, said the municipality was aware of the water problem and would address residents on Thursday.

He said once the Kutama-Sinthumule bulk water supply project was completed there would be constant water supply in Tshikota. The project is due to be completed by December next year.

“What is surprising is during the election period this year we had constant water supply. Immediately after elections, water supply was inconsistent. It shows the municipality was looking for our vote,” said Tshiphiwa, who did not want to give his full name.

When GroundUp visited the area, some residents including learners from Tshikota High and Masedi Primary schools were barring the roads with stones and bricks. Others were burning tyres at road intersections.

Samuel Munyai, the Mayor of Makhado, came to address them in the community hall but some of the residents left the hall while he was speaking to go back to barricading the streets.

“We have been patient for a long time. We cannot afford buying water everyday when we have water pipes at our homes. We pay all bills required by the municipality. Where is this money going to?” asked resident Mpho Mudau. She said water had long been a problem in the area. Residents who have boreholes at their homes sell 20-litres of water for R3.

“I need about four 20-litres of water every day. I do not work. This is a lot of money,” Mudau said.