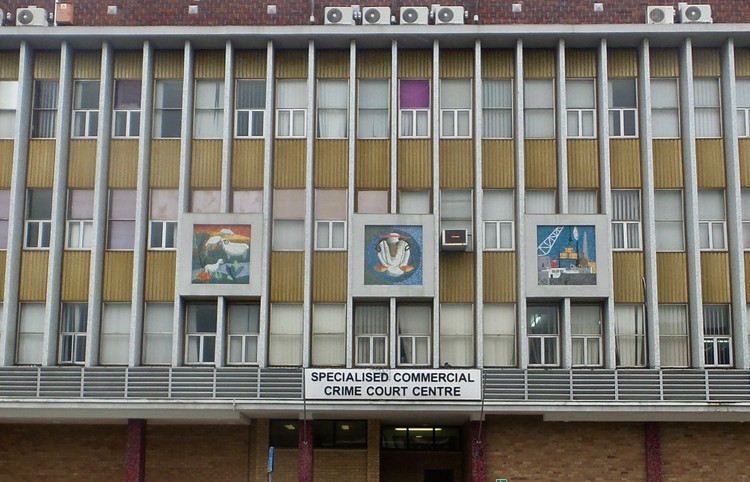 This article has been updated below. On Tuesday, the Port Elizabeth Specialised Commercial Crime Court set 4 April as the day to determine the trial date.

The case has been postponed on several occasions.

Swartz is a former acting CEO of the Rail Division of the Passenger Rail Agency of South Africa (PRASA). Mohiudeen is a businessman based in Cape Town. Both are accused of colluding to sell nearly 42 kilometres of railway line running between Sterkstroom and Maclear in the Eastern Cape. They allegedly received R1.5 million for the sale.

Magistrate Nolitha Bara said she needed more time to consider a request by Mohiudeen’s lawyer, Advocate Paul Jorgensen, who wants the case postponed “to have further documents and particulars”.

He said “the accused was never called by his previous lawyer for a consultation in preparation for a trial”.

He said his client was not to blame for previous postponements which were caused by the Covid-19 lockdown and the death of Advocate Terry Price who had been representing Mohiudeen.

However, Swartz’s lawyer Advocate Mzwamadoda Mnyani said his client was ready for trial. Mnyani said, “My client vehemently opposes any postponement of the case. The matter is old and dates back many years; as a result he seeks for a separation of trial. He will be severely prejudiced if the case is further postponed.”

“He holds an MBA and is not employed. Each time he goes for job interviews he is asked whether he has any outstanding court case.”

Mnyani also said the defence relies on witnesses and that memories fade. He said the witnesses may disappear as it is taking so long.

Public prosecutor Gerrit Van der Merwe said the state was ready to proceed to trial and it was opposed to a separation of the trial.

Van der Merwe said, “If the case is separated that means the state will have to fly in all witnesses and accommodate them for two cases.”

He blamed Mohiudeen for the delay. “Accused number one has a legal background and is not unfamiliar with court procedures. He brought in a new counsel well aware that the trial would commence within a week’s time.”

The Port Elizabeth Specialised Commercial Crime Court Centre has set 4 April as the day to determine the trial date.

On Tuesday, Magistrate Nolitha Bara told the court, “It does not appear to me that accused number one [Mohiudeen] is playing delaying tactics. He has new counsel who should study his documents. The court has to act in the interest of justice. If the court refuses the request it means he will proceed on his own after as his lawyers indicated they will withdraw from the case. He will have to get new lawyers and this will take us back again.”

On the application by Swartz’s legal team to have the trial separated, Bara said, “I am not going to entertain it now after I rejected the application before. I stand by my decision that there will not be a separation of trial.”

“The matter will proceed with trial even if accused number one terminates his current attorneys … This court will not entertain any application for postponement if he is not ready.”

Swartz told GroundUp, “It has taken the State seven years to investigate this case and it has been three years since my first appearance. I have always been ready to clear my name and have been denied that opportunity.”