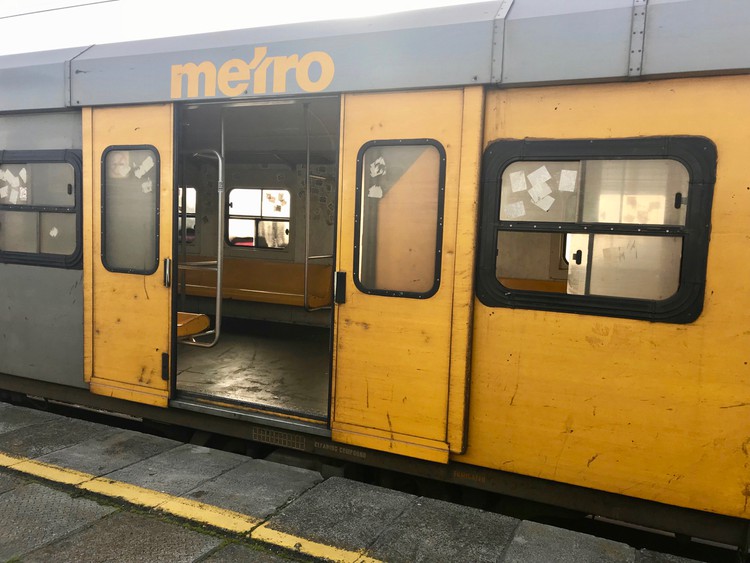 A woman train driver was slightly injured in Midrand by angry commuters who thought it was her fault that the train had been stopped. Archive photo: Tariro Washinyira

A train driver was attacked by irate passengers at Olifantsfontein station in Midrand, Johannesburg on Sunday after railway inefficiencies caused a two hour delay.

According to a press statement on Tuesday by the United National Transport Union (UNTU), Lerato Mmothlana, 46, was driving a train from Braamfontein station in Johannesburg to Pretoria. She was stopped at Olifantsfontein station by the train control office and was waiting for authorisation to continue on her route.

UNTU said for the past two months all train drivers from Metrorail and Transnet Freight Rail had to use a single railway line after the overhead cables of the adjoining railway line had been stolen and the Passenger Rail Agency of South Africa (PRASA) had not replaced them. Mmothlana’s train was stopped to allow another train to go past.

According to UNTU, no announcement was made to passengers about the delay so they assumed the driver was at fault.

“The commuters were getting very angry. They accused me of playing on my phone while they have been left waiting,” Mmothlana told UNTU. She had to use her cell phone to call the train control office as the radio inside the train was not working.

Her cabin was stoned and threats were made that the train would be set alight. She was slightly injured.

Asked why the cables on the adjoining line had not been replaced, PRASA spokesperson Nana Zenani said PRASA had struggled to stay ahead of the high rate of railway vandalism. “The vandalism has made it difficult to keep up with the financial demands as a result,” said Zenani.

She said no announcement could be made as the trains did not have onboard communication facilities. “When trains get stuck in the middle of the section, it is difficult to communicate with commuters onboard.”

Sonja Carstens, deputy general secretary for UNTU, claimed that attacks on PRASA employees on the ground happen daily but are not reported to SAPS by PRASA. “These attacks have never been reflected on the SAPS annual crime statistics,” Carstens continued.

Mmothlana decided not to make use of PRASA’s employee assistance programme after the attack. “They debrief you and send you back to endure more of the same the next day. Something must be done before we die,” she told UNTU.

Zenani said the vastness of the railway system makes it difficult for PRASA to monitor attacks. She said that on some routes, but not all, drivers have security guards in the cabin with them. “PRASA currently deploys security personnel to escort train drivers on corridors that have been defined as hot-spots. Security personnel are at all turn-around points for the escort of train crews as they change coaches.”

According to UNTU statistics, less than 30% of Metrorail train drivers are women.

“Over the last three years, UNTU has been reporting serious attacks on all our members. It is difficult to say how many were women, but it is an alarming figure. Not only on Metrorail train drivers, but also on guards accompanying the train drivers and female train drivers and assistants employed by Shosholoza Meyl and Transnet,” said Carstens.