Traditional healers show that being gay is African 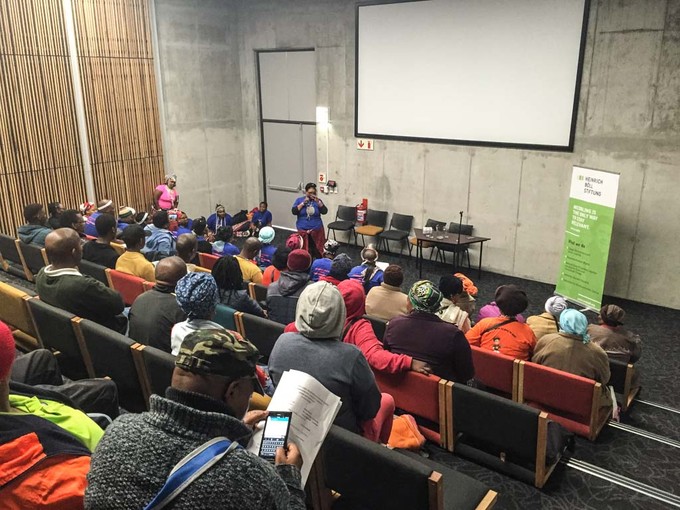 His parents encouraged him to become a sangoma because they believed he had a calling.

Mzayiya spoke to GroundUp while participating in a community dialogue run by the Ubomi Luvuyo LGBTI Traditional Healers Forum in Khayelitsha on Saturday. The meeting had the slogan “Nam Ndingumntu”, meaning I am also a person.

Mzayiya, who wore black lipstick, says he never had to open up about being gay to anyone. “From an early age I told myself I am going to be me. People will see who I am just by looking at me and I wouldn’t have to tell anyone. People call me names in the community and in my family. They have for as long as I can remember but I don’t care. I always tell myself it will pass and I have become immune to it.”

Reverend Emma Kejoe is a pastor and a traditional healer. She says she has been met with judgment in both her jobs. At the age of 46 she has been told by the church she has been going to for most of her life to step down. “They say I am too involved in gay and lesbian issues. In tradition we are sidelined. Many question how we can be lesbian and traditional healers at the same time. They said I was shaming the church.”

“They forget that I did not choose any of these things. I didn’t choose to become a lesbian just like how I did not choose to have a calling. This is not an easy life because everyone judges you because of your sexuality. Even when clients come to me, when they hear that I am lesbian they act differently,” said Kejoe.

Gay rights activist Funeka Soldaat said the reason for the forum was was to create a safe space for gay and lesbian traditional healers. “I became an activist because I saw how gay and lesbian people were treated in society. The excuses that were made was that it was not African and not Christian, and that black people were not allowed to do it,”

“Everyone looked at the Constitution and challenged the laws. There were churches for gay and lesbian people but there was nothing for traditional healers,” said Soldaat

The forum was launched in May last year and currently has 25 members from different communities around Cape Town.

Forum co-ordinator Thuli Mbete said it was engaging people both gay and straight. “We want to be able to unite as one without discrimination. Being gay or lesbian doesn’t make any of us different from those that are straight,” said Mbete.

She says they are trying to get the word out about the forum so they can have members nationally.