Households contribute R150 each for neighbourhood watches in Musina 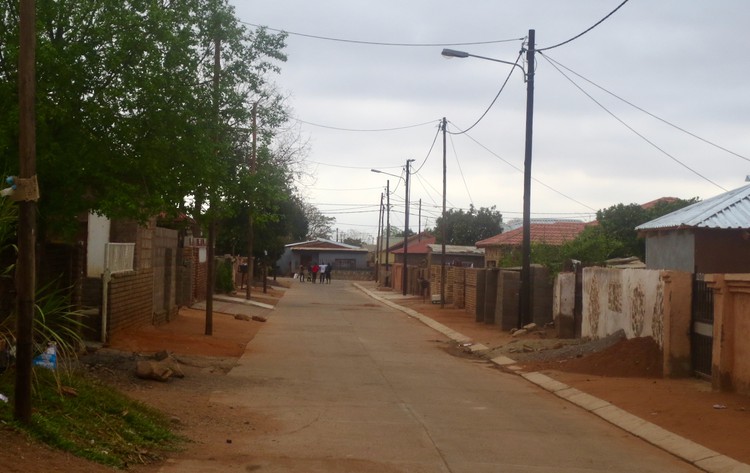 “We as a community decided to assist police to reduce crime in Musina. We have to take it step by step from one township to another, forming neighbourhood watch groups in each township who will work as security guards,” says Alpheus Mamafa, a community leader.

“Since our own security started patrolling … we have not heard of any burglaries at night and we are very pleased we are getting there,” says Mamafa.

The neighbourhood watch roll out to a township starts by calling a community meeting where people volunteer to be guards. The community vets the list of names and these are then registered with Mahosi Protection Service.

Many businesses in Musina are under Mahosi Protection Services, named after its proprietor, Mahosi Nelwamondo.

Township residents contribute R150 per month. The guards are paid R2,000 a month. Contributing households are identified with a sticker.

Mahosi neighbourhood watches were introduced to Mushongo-Ville in February and to Nancefield in September. Each township has one vehicle and 14 security guards. Wearing reflector vests, they patrol Monday to Thursday from 10pm till 6am and Friday to Sunday from 11pm to 5am. Each patrol has one armed member.

Sinah Masebe from Mushongo-Ville said: “People in our area were tired of reporting cases to the police because police could not do much to reduce crime in the area. Now that the guards are patrolling at night, crime has gone down very much. We are happy that these guards are doing a good job.”

She said recently her car battery was stolen. She alerted one of the guards, even though he was not on duty, and within hours she says the suspects were caught and handed over to police.

Delina Mumba, 80, of Nancefield said she misses the good old days when people could sleep outside their houses safely. She sells tomatoes and fruit at a roadside stall. On a good day she might make R250. She contributes to the neighbourhood watch.

Nancy Moyo, a hairdresser, works from home. “Per month on average I get R3,000, but have to pay towards security of this place,” she says. She contributes R50 per month to the patrols, as does her housemate and landlord. This comes to the R150 household payment.

Guards do not attend to houses that do not have a Mahosi sticker.

Musina police station commander Colonel Mmboneni Simon Mukwevho said crime has been reduced by the neighbourhood patrol, but could not give further details.