Township parents build their own speed bumps to slow traffic

Fears for children’s safety after hit and run accident 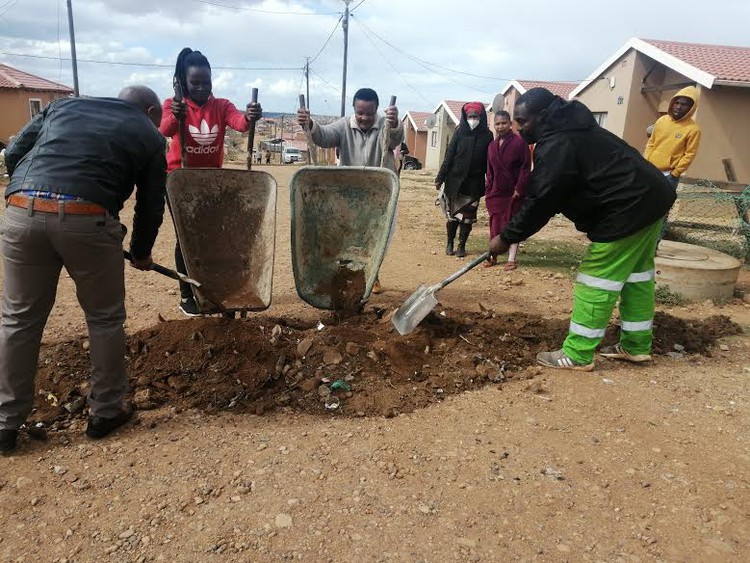 Parents in Nkandla township in Port Elizabeth have built their own speed bumps to slow down traffic to protect their children.

Johannes Abrahams and Merileen Moses first built speed bumps in the road outside their house three years ago, after their daughter Leandra was hit by a car. Other residents followed suit and now there are “home made” speed bumps in several streets in the township.

Moses said: “My daughter was one year old when she was involved in a hit and run. She was playing with other children in the yard. But she walked out and the speeding vehicle hit her. She suffered severe head injuries. She was admitted to hospital for a month.”

“The scars on her face are a reminder of that terrible accident,” said Abrahams. “Since then we decided to erect this speed bump in front of our gate to protect our three children.”

“Kids hate to stay indoors. They leave the yard and go next door to play with other kids. We never expected drivers to be so reckless, because this is not even the main road. But they are just speeding.”

Abrahams said he maintains the speed bump, built with soil and stones which wash away after the rain.

Over 13,000 people die on South Africa’s roads each year, although it may be much lower this year because of reduced traffic due to the Covid-19 lockdown. About a third of deaths are pedestrians.

Another parent, Fundile Mbekela, said, “I have six children and my house is next to the road. After one of our neighbours’ kids was involved in a hit and run I decided to build my own speed bump next to my house.”

“Taximen speed up just to make quick cash, not considering the safety of our children. They even reverse for commuters, without considering that kids may come out of their homes running. Some of the motorists are driving under the influence of alcohol.”

When we visited on Sunday, residents were also building speed bumps. They say they have been reporting the issue to their ward councillor for years.

Ward 41 Councillor Simphiwe Tyukana (ANC) said speeding vehicles were a problem. He said the surfacing of Nkandla roads had been started and “we want these roads to have speed bumps and guard rails for houses that are in danger of being involved in accidents.”

Nelson Mandela Bay Municipal spokesperson Mamela Ndamase said residents should ask their ward councillor to prioritise the tarring of the road. “Once the road is constructed, simultaneously speed bumps will be erected.”

“The relevant officials will engage with the councillor to investigate interventions that can be made in this particular case.”