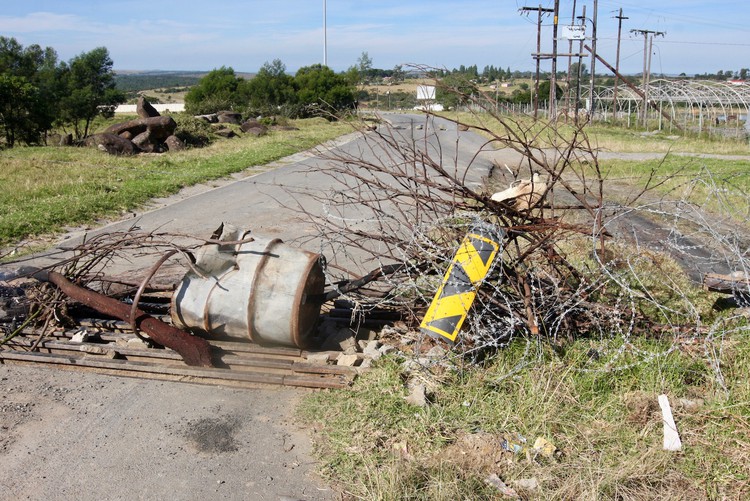 Residents of Kei Road Location near King William’s Town, Eastern Cape, are without water and the local clinic and the school have been closed since protests started in the early hours of Monday 15 May.

Protesters blocked the entrance road to the location and also switched off the generator that pumps drinking water for Kei Road and 18 villages. Taps have run dry and people are fetching water from a river and a nearby dam.

The protest action arose because residents say they registered for houses in 1996 and are still waiting, while people in surrounding informal settlements, some established only a few years ago, are receiving RDP houses and basic services. Kei Road is home to about 1,600 residents.

Houses were built at Southdown informal settlement in 2015, and water and sanitation was provided. Preparations are currently underway to start construction in June on houses for informal settlements Haddon Farm and Ndakana Village.

A Kei Road community leader and resident said: “Our location was established around 1940, but has not been developed by our government.” He wished to stay anonymous because he said he was being targeted by police as a troublemaker. He said police had come looking for him at his house. “As a married man, you cannot have dignity when you still live at home with grandparents, parents and your wife,” he said.

Peter Ntisani, 43, said that on Tuesday when returning home from his job at Amathole District Municipality in Stutterheim, “I met police who shot me with rubber bullets.” He says he had to be booked off work for five days by his doctor.

Police spokesperson Captain Siphokazi Mawisa said a public violence case was opened when about 30 community members protested. “They closed the R63 and threw stones at the police who fired rubber bullets to disperse them. No one reported any injury to the police,” she said.

Eastern Cape Education spokesperson Mali Mtima said the department is aware of the situation. “Our district department is busy discussing the way forward to help this school. We urge our community members to allow teachers and kids to go to school.”

Eastern Cape Health spokesperson Sizwe Kupelo said there is absolutely nothing they can do as a department when residents close the roads.

“We are very sorry for the people of that area,” he said.

Councillor Xola Nqatha said that a delegate from Cooperative Government and Traditional Affairs took down the grievances of residents on Tuesday 16 May and would respond in 14 days.

Residents say they are not going to stop their protest until their demands are met.