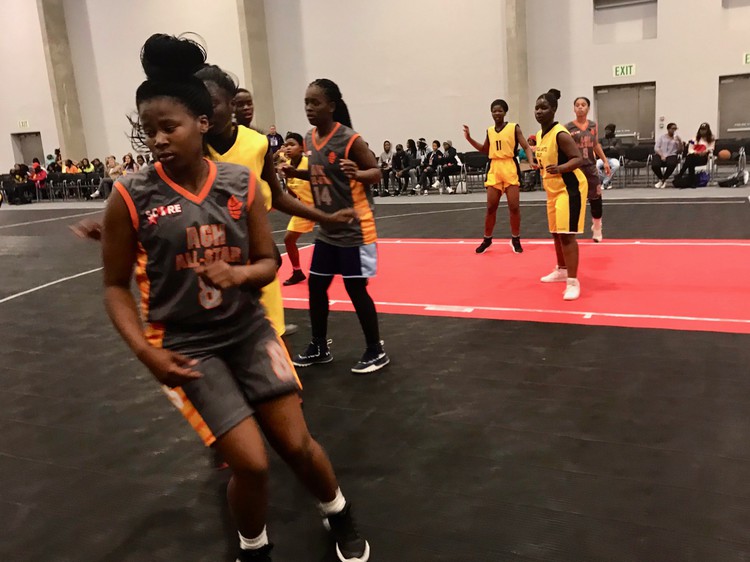 The event was organised by former national basketball player, Vincent Ntunja, the founder of African Grassroot Hoops and currently captain for Western Cape Mountaineers Basketball. He said the event was mainly organised for Cape Town children who have never been to the city centre or places such Table Mountain.

Transport, food, and entry fees for the 800 youngster participating in the tournament were covered by sponsorship.

The first game was won by under-19 Johannesburg-based team Tip-off Sports Vikings, playing against Vikapu Elite.

“Whilst my friends were busy with gangsterism, doing drugs and going to jail, I was served by playing basketball,” he said.

“Some of them [the participating youngsters] will be scouted and get full scholarships to study in South African universities or abroad. Rhodes University came to scout,” he said.

Merlin Mosoko, founder and coach of Umoja Basketball Team in Delft, said that when he goes to the tournament he has to stay optimistic. The expectation is to win the prize – R40,000 worth basketball gear.

Luthando Mpano, assistant coach at Cape Waves from Nyanga, said, “Growing up in a dangerous place like Nyanga and becoming [one of] the best players in the country is a huge achievement to me.”

He lost his mother at 11 and started playing when he was 13-years-old. He said his aunt and cousins support him.

Vikapu Elite coach, Zedekia Otieno, who is 26, said their programme has about 150 children, and the youngest competitor is 14. Basketball is one of the fastest growing sports in Kenya, he said.He urged parents to embrace sports. “We need to support sports in Africa, connect sports with Africans and network sports in Africa,” he said.