Town poised for shutdown if transport MEC does not pitch 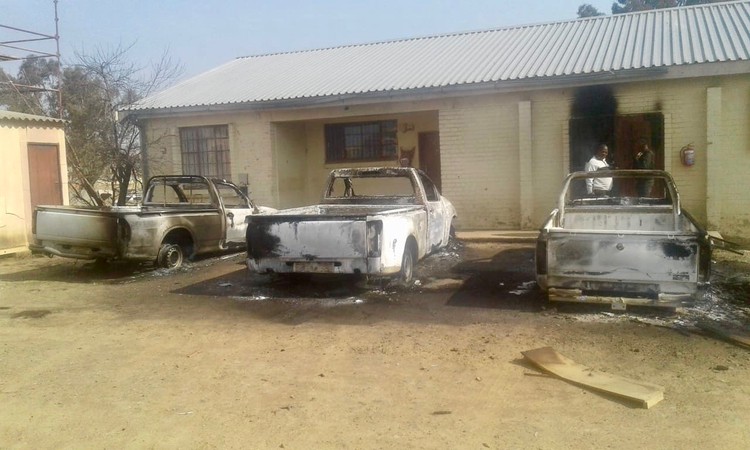 Matatiele residents are threatening a total shutdown of the town on Tuesday should Eastern Cape transport MEC Weziwe Tikane fail to address them.

GroundUp has been following the demand for tarred roads and protests over roads in Matatiele since August last year. Matatiele is near the Lesotho border.

Community leader Teboho Stemera said the terrible road conditions in the area were negatively affecting local businesses. “I am a taxi driver and I constantly have to fix my vehicle because of the condition of the poor roads here. I’ve lost thousands of rands over the years.”

He said the community has been complaining about the condition of its roads for six years. “We started engaging the government in 2012. There was a different MEC then, but nothing has changed ever since.”

Stemera said most roads in Matatiele needed immediate fixing. “The only thing we get from the municipality and the [provincial] department [of transport] is promises. No action,” he said.

The frustrated residents, including taxi drivers and local business people, took to the streets last week in a protest which turned violent. Three state vehicles were torched outside the provincial transport department’s offices in Maluti township.

In a statement released by her department, Tikana condemned the acts of violence and expressed “deep shock” and “disappointment over this damage to property”.

According to Matatiele Local Municipality protesters also attempted to burn down the main office building.

Spokesperson Olwethu Gwanya said Mayor Momelezi Mbedla met with residents on Monday who agreed to suspend protests, but “the protestors said if Minister Weziwe Tikana does not come to address them tomorrow, they will completely shut down Matatiele”.

The MEC visited Matatiele last month and addressed the protesters. Spokesperson for the department Unathi Bhinqose confirmed the MEC will meet with the protestors on Tuesday to address their concerns.