Family told home of 21 years is not theirs 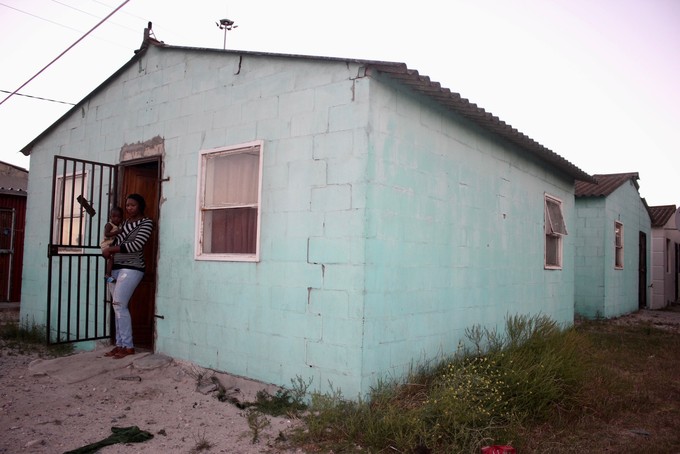 Zikhona Ntunguntwana and her child will be homeless after Christmas. Photo: Nombulelo Damba-Hendrik

The Ntunguntwanas in Driftsand, Mfuleni, expects to be living on the streets after they enjoy their last Christmas in their home of 21 years.

The title deed holder came to inform the family that he had sold the house and the new owner wants to move in this January.

Zikhona Ntunguntwana said the RDP house originally belonged to her late father, Donald Ntunguntwana, who passed away in 2012.

She said her father lived in Driftsand in 1995, when it was still an informal settlement. In 1999, he received the RDP house. House owners had to pay R250 to receive a title deed.

Unfortunately, her father was in the Eastern Cape at that time. He promised to pay the money when he returned, but the committee in charge would not wait for him. The house was officially given to Malibongwe Ntsomi, then a backyarder.

“When my father came back, he was told that the title deed of the house was given to someone else, but we continued living in this house,” said Ntunguntwana.

In 2009, when her father passed away, Ntunguntwana went to the municipality offices in Mfuleni. After several visits, she says she was told the house has been registered under two names, and later that the house now belonged to Mr Ntsomi.

Ntsomi told GroundUp that since 1999 he has been waiting for the house. According to him, he received the house in 2000, but Donald Ntunguntwanas had claimed he had lived on the plot before the house was built there and it was therefore rightfully his.

“The community leaders at the time said they were going to look into this matter, because the question is how did it happen that we both received the same house,” said Ntsomi.

He said all these years he has waited for the community leaders to solve the matter.

“I went to [the housing department] to apply for a house and I was told that I received a house in 2000 and I cannot receive another one. I’ve been communicating with the family since the incident and I gave them three months to leave, because I’m selling the house,” he said.

Zikhona Ntunguntwana is unemployed and cannot afford to buy the house from him.

“I’m hurt and angry at the same time. This is my house that my father left us … Now, I’m going to find myself on the street with my child,” she said, struggling to hold back tears.

A former community leader, who wished to remain anonymous, said there were many mix ups when houses were given to those who came forward with money for the title deed.

Muneera Allie, a spokespersonf for the Western Cape Department of Human Settlement, said the Housing Subsidy System showed that a subsidy was approved to Mr Ntsomi, and the Deeds Registry System confirmed that the property was transferred on 22 June 2000 only into the name of Ntsomi.

Allie said, “Registered owner [Mr Ntsomi] is therefore entitled to sell the property to anyone without permission from the department …The Housing Subsidy System has no indication of an approval for a housing subsidy to Mr Donald Ntunguntwana.”