A railing was missing from the Metrorail bridge in Khayelitsha 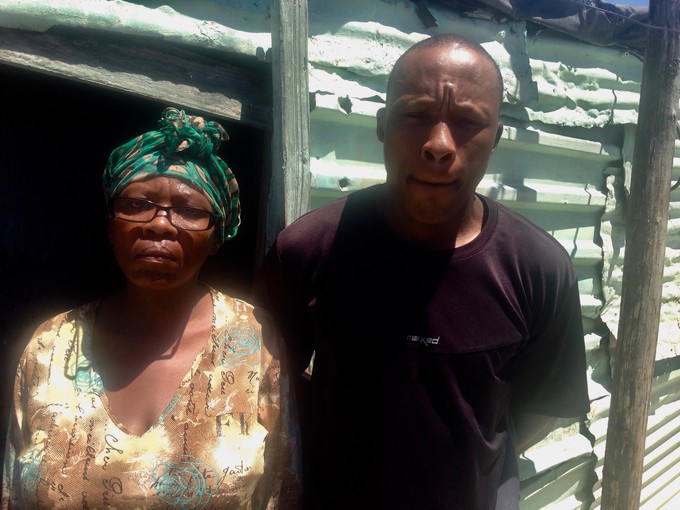 In October last year, three-year-old Alime Mosekamidi fell about five metres from a railway bridge, while he was playing with friends.

The footbridge, which crosses the railway lines at Kuyasa and Chris Hani stations, has had a section of railing missing for months. When GroundUp visited the site a week ago, the railing was still broken.

“They [the kids] were playing like always, and then I saw a man coming towards me carrying him [Alime]. I was told that he fell from the bridge. We saw that it was serious and we didn’t want to wait for the ambulance, so we rushed to take a taxi and took him to the hospital in Khayelitsha,” said Mosekamidi.

Alime was taken to Red Cross War Memorial Children’s Hospital, where he was in intensive care for a week.

“The whole week he was not speaking and he was not able to do anything. He was just lying in bed,” said Mosekamidi.

Alime was taken to Groote Schuur Hospital and then to St Joseph’s Home, where he is currently recovering and having physiotherapy.

Mosekamidi and her partner, Funeko Mente, are both unemployed. They survive on child grants and piece work. To cover her daily hospital visits, neighbours help.

“My son can never go back to normal. He will never be the same again. We don’t know if he will be able to do anything for himself again,” said Mente.

He said they were so worried about whether or not their child would survive, they hadn’t reported the matter to Metrorail. Now that his condition is stable, they are considering what next steps to take.

Community leader Kuthula Mamba said if Prasa had inspected the bridge, “they would have seen that there was a part [of rail] missing there, and that child wouldn’t be injured”.

Metrorail Acting Marketing and Communication Manager Daphne Kayster told GroundUp that the matter had not been reported.

“There is no record of the incident which is regrettable. We stress the importance of reporting all incidents. We encourage anyone with information regarding the incident to urgently contact our office,” said Kayster.