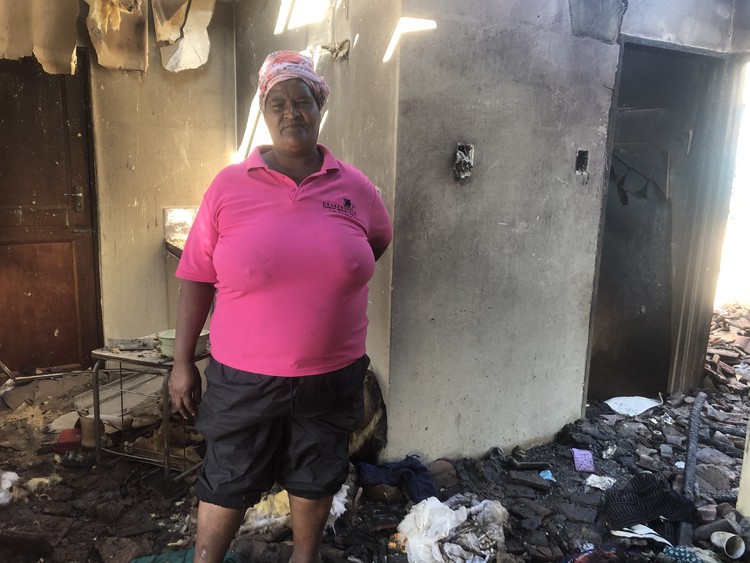 Nodoli Lekata of Wallacedene in Cape Town lost all her belongings after a fire last week at Sinalo informal settlement, which is opposite her RDP house. Photo: Mosima Rafapa

Nodoli Gloria Lekata’s RDP house was badly damaged in last week’s fire at Sinalo informal settlement in Wallacedene in Cape Town, only three months after she and her family moved in.

Lekata’s home is opposite the informal settlement in which 79 shacks were gutted by fire just after 3pm on Thursday 16 January.

By late Friday, the City of Cape Town was unloading new building material for residents of the informal settlements who had lost their shacks.

“What about us who have nowhere to sleep? No one is assisting us with rebuilding. We lost everything, including the money we spent on the house,” said Lekata. She told GroundUp that she shared the four-room RDP house with her husband, her brother and his two children, and her mother.

She said they had lived in a shack for more than 15 years before moving into the newly built RDP home in November last year. Three of her sons live in the informal settlement.

Sinalo community leader Mlandeli Nini said most of the residents who had stayed for more than eight years were backyarders who were escaping rent. “The city provided taps two years ago but last year the taps were broken when people occupied the available land,” said Nini.

Malusi Booi, the Mayco Member for Member for Human Settlements, said no building kits had been requested by the formal dwellings.

“The City’s Informal Settlements Management Department has issued building kits to the 79 affected households. No building kits for the formal dwellings have been requested. The City however is in the process of following up with the resident of the formal house which has been severely affected by the fire to establish whether humanitarian relief in the form of an emergency building kit is required,” said Booi.

Booi said the land on which Sinalo informal settlement is situated was earmarked for a Temporary Relocation Area for people requiring emergency accommodation “but due to ongoing land invasions, these plans cannot be [carried out].” 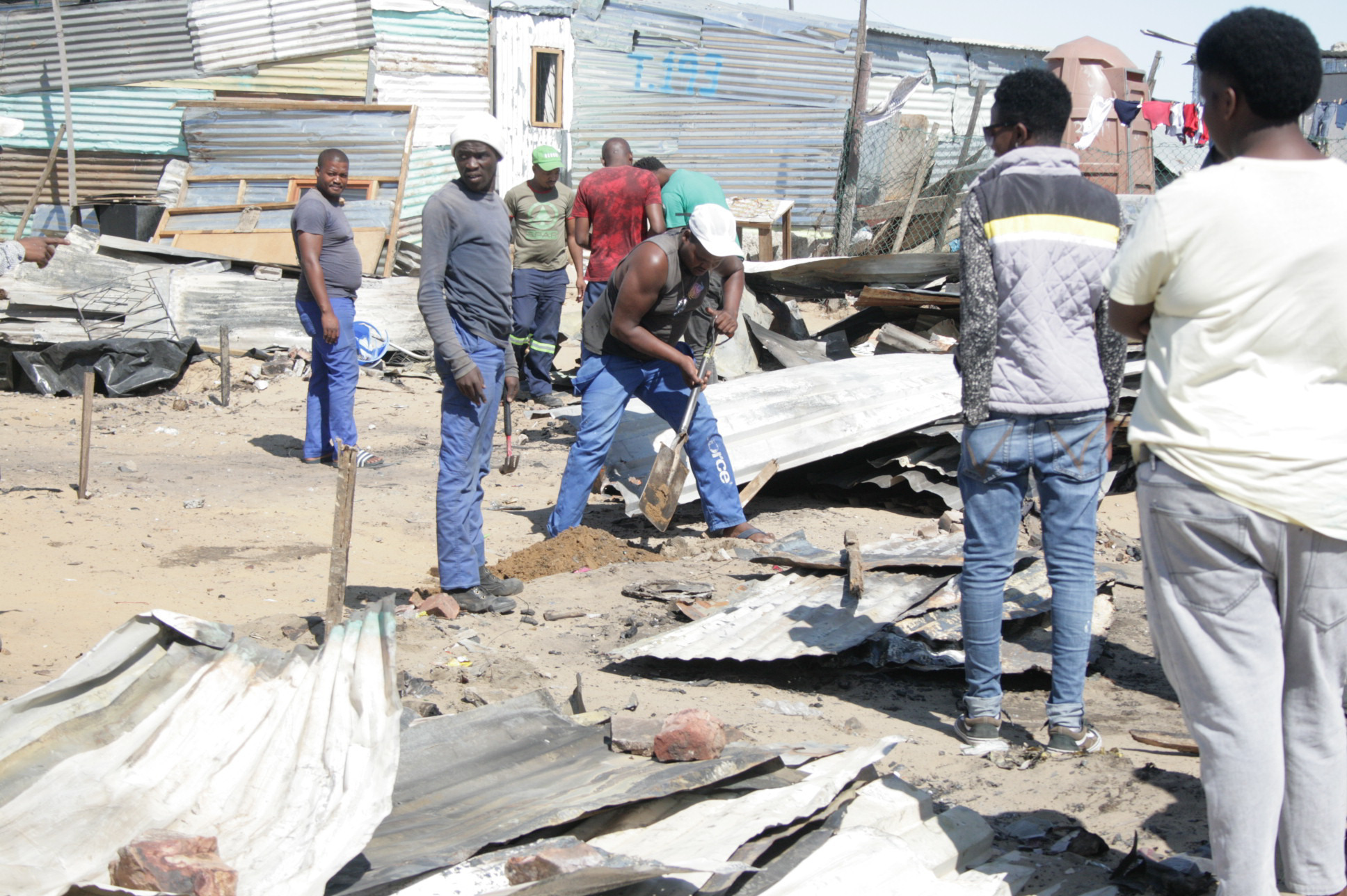