Couple urges community to make donations for families in need 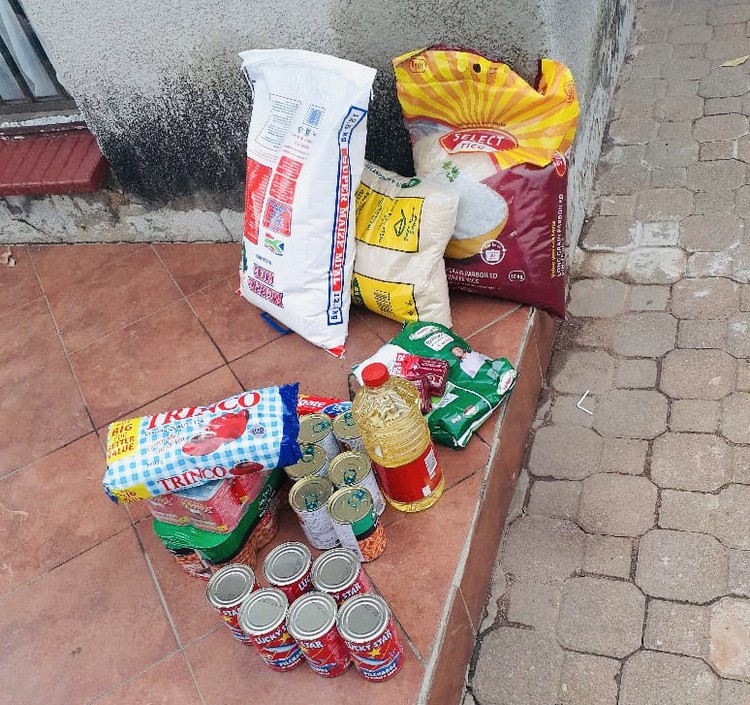 A couple has come to the aid of residents of Tsakane by donating groceries after reading about their plight on GroundUp. Photo: Kimberly Mutandiro

Lindiwe Likhubu, a resident of ward 82 in Tsakane, says people from her township were battling to survive during the lockdown until a couple from the area donated food items to families in need.

Unable to access government food parcels, Likhubu says residents even travelled as far as Duduza in Nigel, 20 kilometres away, with hopes of getting food.

Two weeks ago, GroundUp reported on a fight between residents and church members in Geluksdal. Word had been going around that the ward councillor for the area would be distributing food parcels at Geluksdal Rehoba Christian Fellowship church. But to the people’s disappointment, church members told them there were no food parcels.

After reading the story, Kensani and Ditjaba Mokoena from Noxolo Multipurpose Centre in Tsakane reached out and donated groceries to 26 families. Some were also given electricity.

When we arrived, Maria Nkalai showed us the pot of fish she was preparing for her family. “My children were complaining of hunger because food had run out. Now for the first time since this lockdown my house is peaceful,” she said. Nkalai is unemployed. The family relies on her brother’s disability grant.

Kensani Mokoena told GroundUp that they planned to continue their donations to the community after the lockdown. “There are so many people struggling in Tsakane. One of the most painful things is that most households are living off pensions or child support grants because they are unemployed.”

Mokoena urged other community members to offer what they could to help feed those in need in the community. She said there were still 250 other people who still needed food.