Greyton residents caught in the middle of a political battle 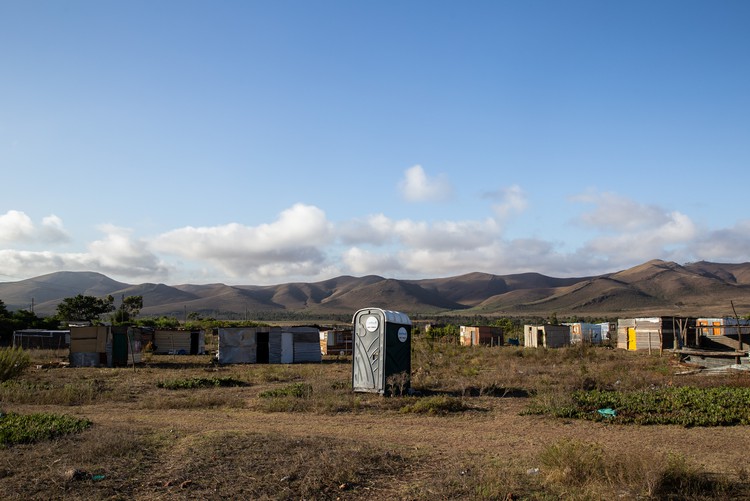 The small Western Cape town of Greyton is the site of a battle over land. Photo: Ashraf Hendricks

The little Western Cape town of Greyton is known for its picturesque surroundings and the overnight hike through the mountains to McGregor. In the last couple of weeks, tensions have arisen over the future of a piece of land known as Madiba Park.

The town made the news during a protest on 14 January, when a farmer was accused of brandishing a firearm at protesters. But this is a sideshow to the battle over land taking place.

Madiba Park, or Farm 39 as it is officially known, was occupied a few years ago. Today there are about 100 shacks on the land, housing about 300 people. The occupiers consist of workers from the Eastern Cape and families who used to live as backyarders in the area. There’s a mix of coloured and black residents, who emphasised to GroundUp that they are standing united against attempts to evict them.

The complication is that Farm 39 is Moravian Trust Land, for which the Department of Rural Development and Land Reform is the custodian. It has been granted to the Genadendal Transformation Committee (GTC), an elected body of local representatives. The GTC wants the occupiers removed from the land to make way for the “legal inhabitants”: about 70 coloured families with a history of living in Greyton and nearby Genadendal, who are in the process of making claims for the land.

The residents of Madiba Park accuse Theewaterskloof municipality of ignoring their demands for land and access to basic services.

However, Paul Adendorff, the treasurer of the GTC, said that the municipality had bypassed the GTC in dealing with Farm 39. He said that it does not “acknowledge the existence of the GTC”. He also said that if the municipality continued with the proposal to install water pipes and flushable toilets on Farm 39, the GTC would go to court because the land did not belong to the municipality.

“We want [the occupiers] off our land, onto municipal land,” said Adendorff.

In 2008 the GTC secured a court order preventing the municipality from using the land.

The recent protests were set off when the chemical toilets for Madiba Park were removed on Sunday 13 January. According to the municipality, this error was due to incorrect information supplied by local management, who believed new toilets had already been installed.

The next morning, the residents woke up to find their water had been cut off. The residents marched to the municipal office on Monday. “They take away our toilets on Sunday, we toyi toyi to get them back on Monday,” said Cathy Juries, one of the community leaders in Madiba Park. The protesters shut down the town, and there was an incident with a local farmer, but otherwise the protest was peaceful. 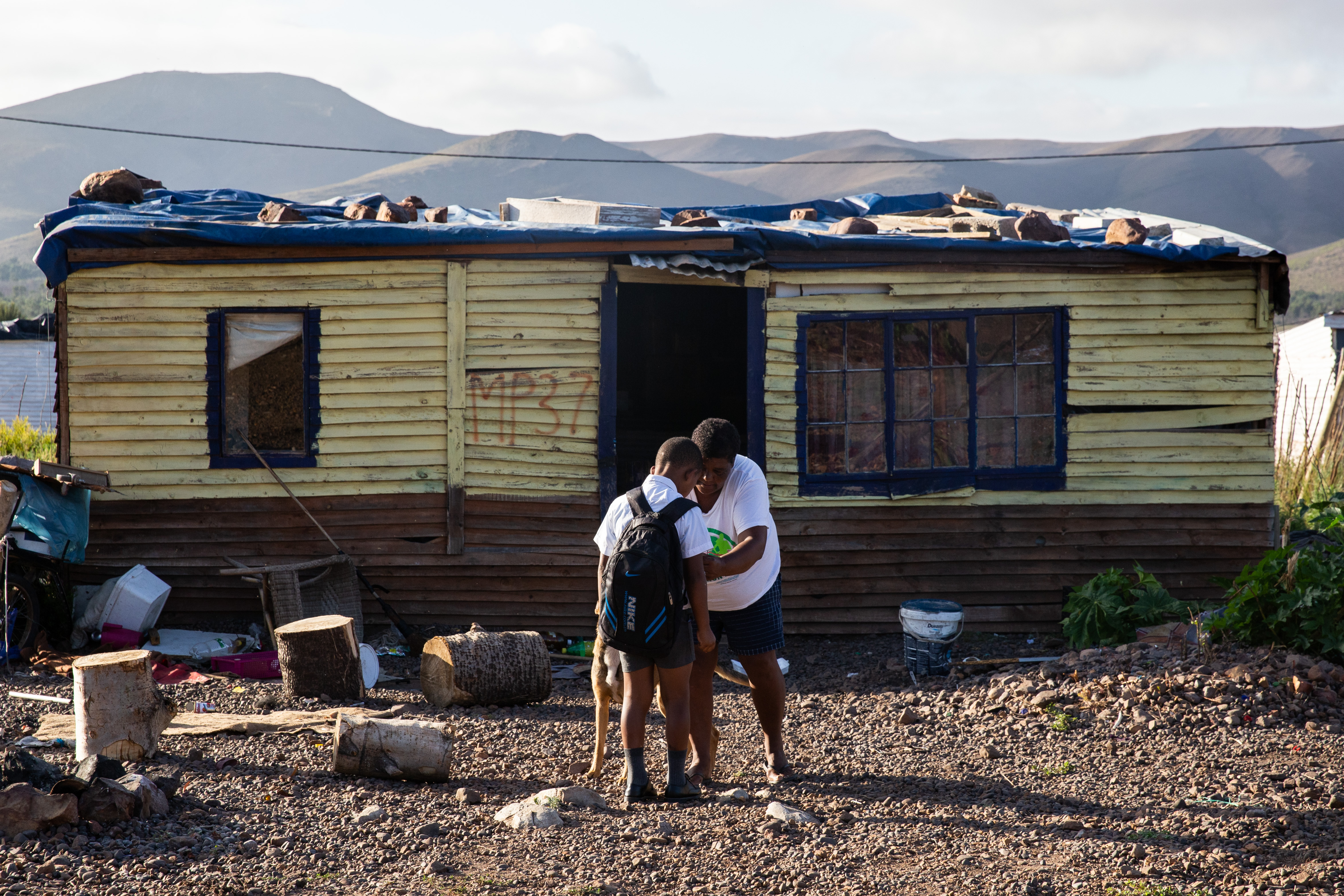 The toilets were returned on Tuesday.

The removal of the toilets also reignited the community’s dissatisfaction about land and access to basic services, prompting the municipality to hold a meeting on 16 January on a way forward for Madiba Park. The municipality promised:

Hugo Geldenhuys, spokesperson for the municipality, called the meeting “productive” but did not want to provide detailed feedback because the “matters are sensitive”.

However many residents of Madiba Park were not satisfied at the the outcome of the meeting.

“It is not what we want to hear, because we want the land that they promised us two years ago,” said Colleen Phillips, a community representative from Madiba Park who attended the meeting. Residents of Madiba Park say they live in constant fear of eviction. They say that the GTC has threatened them with an interdict, via the department, to prevent any informal settlement on Farm 39.

Juries said the Madiba Park occupants want certainty that they will not be evicted from Farm 39, while the municipality plans and constructs the new settlement. “You don’t know what will happen when you go to sleep. You don’t know if you will come back from work and your shack will be gone.” 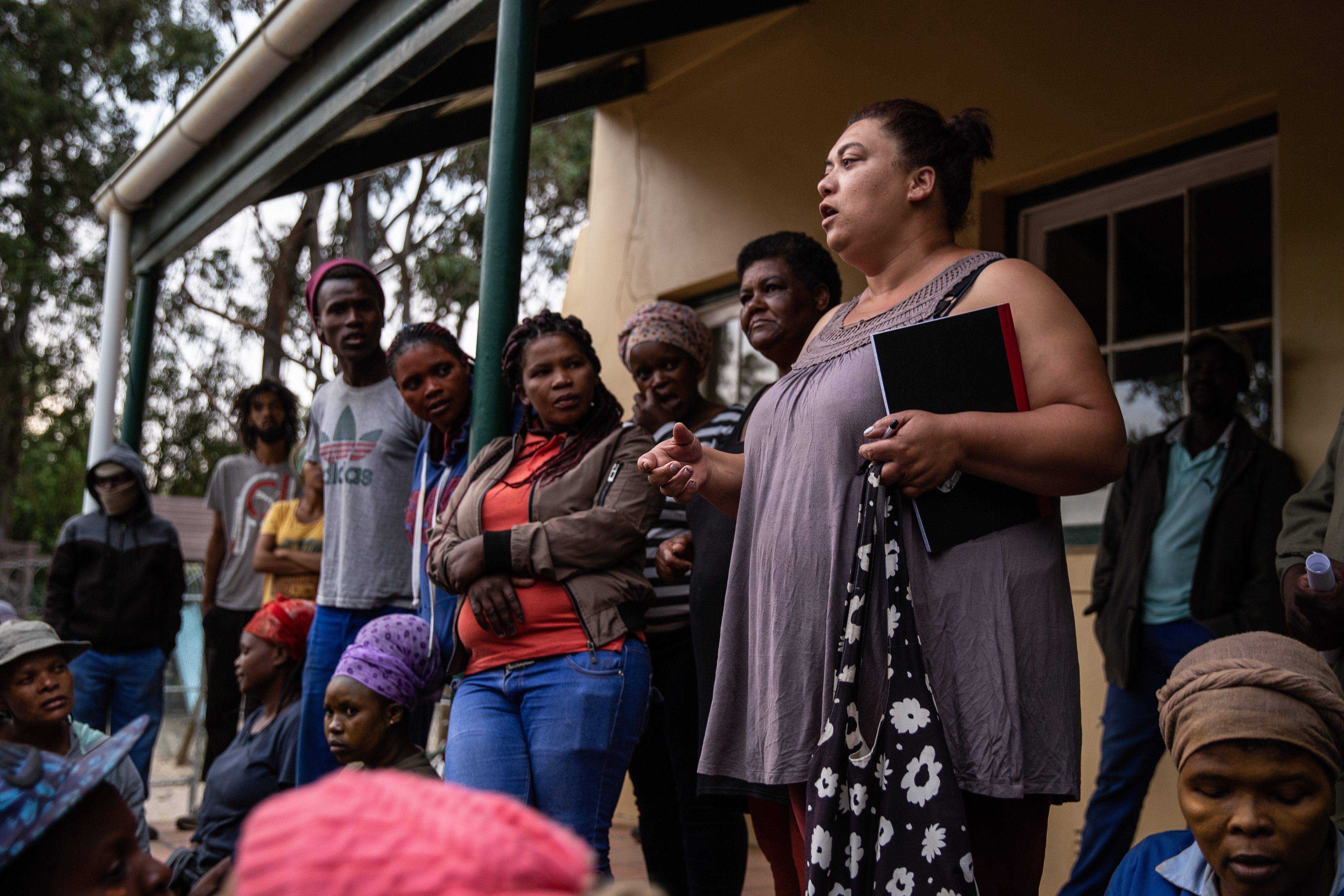 Mzolisi Weni has been living in Greyton for 10 years and in Madiba Park for the last two years. He said he did not have faith in the promises made by the municipality. “I’ve been on the housing list since 2008. They keep promising and promising,” he said.

Juries and Phillips are both sceptical of the municipality’s timeframe of 18 months for the resettlement. They say that every year they are promised housing and jobs, only to be ignored.