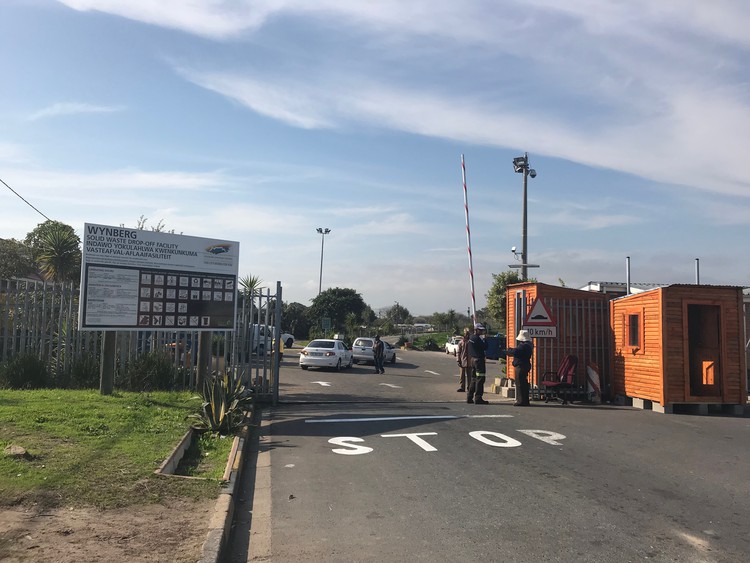 The City has 13 drop-off facilities where residents can drop garden waste. Members of the public dispose of their organic garden waste (green waste) at the facilities where the City’s contractors chip the waste into smaller pieces, collect it and then move it to processing facilities within the City, where it is turned into compost.

Reliance Compost has managed some of the City’s green waste drop-off points for 15 years, but its tender ended on 13 February 2019, according to Eddie Redelinghuys, company director. The tender was awarded to Cocopan and Landfill Consult in February. Reliance Compost has gone to court to appeal against the tender award, claiming flawed scoring.

On 15 April Justice Vincent Saldanha ordered the City to reconsider the bids of Reliance Compost and other bidders, Landfill Consult, Cocopan and Khabokedi Waste Management, by 31 May 2019, and to award the tender for 36 months.

Cocopan, which managed the Wynberg Drop-off Facility, had its contract cancelled on 30 June 2019. According to Mayco Committee Member Xanthea Limberg this was “because the current specifications required amendment in order to deal with risks of infestation of alien invasive species. A new request for quotation, inclusive of the amended specifications, is in the process of being finalised to create a temporary contract while the new tender is created.”

“The City is evaluating the quotations received to appoint a service provider for the next 12 months. The process is likely to be concluded within a few weeks,” Limberg said in late July.

But the tender has still not been awarded, according to the contractors.

Meanwhile Redelinghuys claims that none of the City’s drop-off facilities are fully functioning. “They have been a mess since February, when the new contractors took over, and an even bigger one since 1 July, with no contractors on site,” he said.

GroundUp spoke to several disgruntled business owners at Wynberg drop off facility in July. One of them, Francois Krige, owner of Krige Tree Services, claims: “The City has been loading the material onto their trucks and driving them to landfill sites for dumping.”

He said he used to have the option to go to the Hout Bay drop-off site with waste from Camps Bay, but now he has to drive to Wynberg.

“In Wynberg, sometimes I am told they are taking only one load per day or my load is too big. The bottom line is that they don’t want the material. It’s a headache for them because the good system they had put in place has collapsed,” he said.

Krige said he could not supply customers with quotes for refuse removal if he did not know how much fuel he would have to use to dispose of the material he cuts.

In an emailed response on Wednesday to questions asked on Monday, Limberg said: “The City has initiated the process to issue a tender for chipping of green waste for all drop-off sites for three years. The City is also currently evaluating responses to a request for quotations to perform the service for an interim 12-month period. If the award of this contract is not appealed the contractor should be able to start towards the end of October.”

“In the interim green waste is still being accepted at all drop-off sites, except for Woodstock which is closed for construction. The City is doing everything within its power to encourage continued responsible waste management practices for green waste while the tender process is underway, and does not expect that residents wanting to dispose of green waste at any of these sites will be turned away.”

This article has been modified to include a response from the City of Cape Town.