TB research is underfunded but new medicines are on their way 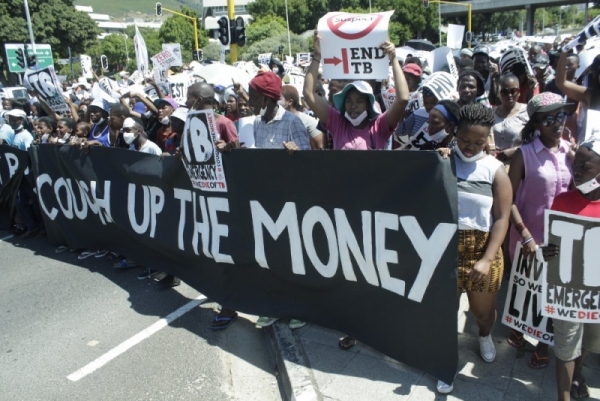 For over a decade activists have been calling for more funding for TB research. Archive photo: Masixole Feni

In this second article in a three-part series on TB, we look at what research is being done on new medicines and tests.

“TB has been neglected to a large degree,” said Dr Helen Cox, an epidemiologist at UCT’s Institute of Infectious Disease and Molecular Medicine.

“When you think of HIV and how many drugs and tests come through and how much work has moved in that area – it’s got to do with funding,” said Cox. The funding that has been allocated in the past to TB is “pitiful in comparison to HIV”.

The US based Treatment Action Group estimates that in 2005 $358 million dollars was spent on TB research and development worldwide. Uncorrected for inflation this rose to 726 million dollars by 2016, but with some blips along the way (funding dropped between 2014 and 2015). Taking inflation into account however shows that spending has stagnated the past few years. 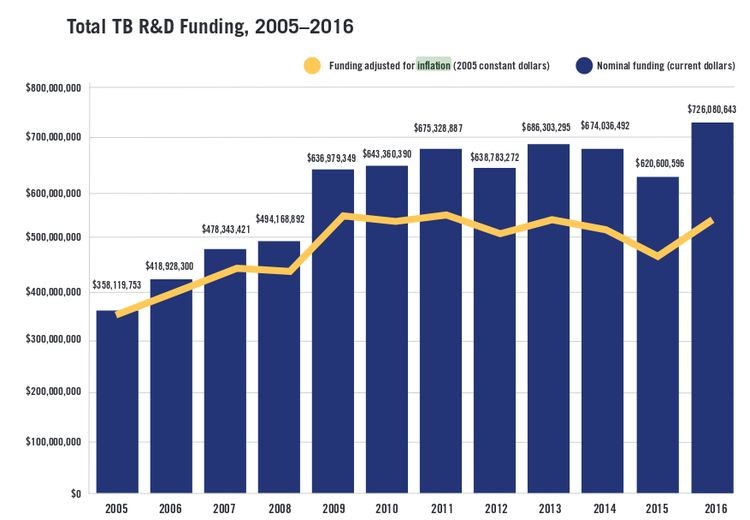 This is not a lot of money for the size of the problem. By comparison a single US research institution, the National Institutes of Health, spends over a billion dollars annually on diabetes, and nearly three times that on HIV.

Current research is looking at new drugs that have fewer side-effects, shorter durations of treatment and different combinations of drugs. The hope is that by giving patients a drug regimen that is shorter and easier to take, they will be able to complete their treatment.

There are different types of drug-resistant TB. Multi-Drug Resistant (MDR) TB is when the standard drugs used to treat TB don’t work for a patient. Extensively Drug Resistant (XDR) TB is even worse: It is MDR-TB plus resistance to two of the most effective drugs for treating MDR-TB. Before the introduction of new TB drugs, three quarters of people with XDR TB died within five years.

Despite this grim picture, there is progress.

TB Alliance, a non-profit organisation developing new TB drugs, has had good preliminary results with their Nix-TB trial. The trial is testing a combination of three drugs for XDR TB – bedaquiline, linezolid and pretomanid.

The aim of the trial is to cure XDR TB patients within six to nine months – versus the standard treatment for XDR TB, which can take up to two years.

Pretomanid hasn’t yet been approved in South Africa for use outside of clinical trials, but bedaquiline and linezolid are increasingly being used to treat drug-resistant TB.

Dr Sean Wasserman, an infectious diseases physician at UCT, said the results from Nix-TB are “very exciting” but there is still concern over how many people will relapse (get sick again from TB) and the toxicity of linezolid.

Another trial called STREAM-2 is comparing a regimen with bedaquiline against one of the common ways of treating MDR-TB. Its results are expected in 2021.

TB Alliance have also begun a new trial called ZeNix which tests a lower dose and shorter duration of the drug linezolid, which has a very high toxicity.

Another trial that is bringing renewed hope is the endTB trial that also has sites in South Africa, and is testing a number of different drug regimens for patients with drug resistant TB. Besides bedaquiline it also uses a newish drug called delamanid.

Bedaquiline has been approved for use in South Africa but delamanid is only available under strict conditions at very few sites around the country.

What about a vaccine for TB?

Cox explains, “We know that people who have had TB and are cured are still at very high risk of getting TB again, so if a previous disease doesn’t even prevent you from getting TB again it’s really hard to find a vaccine that will.”

So while the vaccine is useful in preventing severe TB in children, it doesn’t work well in adults.

“Vaccines are such a complex area and we certainly need to be encouraging much more money into research because clearly if we could find a vaccine that would be the holy grail of TB,” said Cox.

Are the tests good enough?

Testing for TB isn’t always straightforward, particularly if you are HIV-positive. But a machine called the GeneXpert that allows for rapid testing of both TB and whether you could have drug resistant TB, has improved the way we find TB cases. South Africa is now also rolling out an even better version – the GeneXpert Ultra. But the tests are still far from perfect and don’t work well in all settings or for all patients.

The use of x-rays could also be making a comeback with both Cox and Wasserman mentioning their importance in testing for TB.

“We are not doing enough systematic x-ray screening,” said Wasserman. He explained that this was how TB was tested for in Europe after the second world war. “They went out with these mobile chest x-rays and found people with TB and put them on treatment. We are just not doing that enough,” said Wasserman.

Cox said that while x-rays are labour intensive, there are new programmes for digitally aided x-ray reading so that you don’t need a qualified radiologist to read every x-ray.

But to really make a dent in TB, Cox said that we need “much better tools” and “much more funding needs to go into research and development”.

“We need to do what we know works [and do this] much better and we need to focus on research for new tools and new ways of doing things,” said Cox.