No explanation from Newcastle municipality 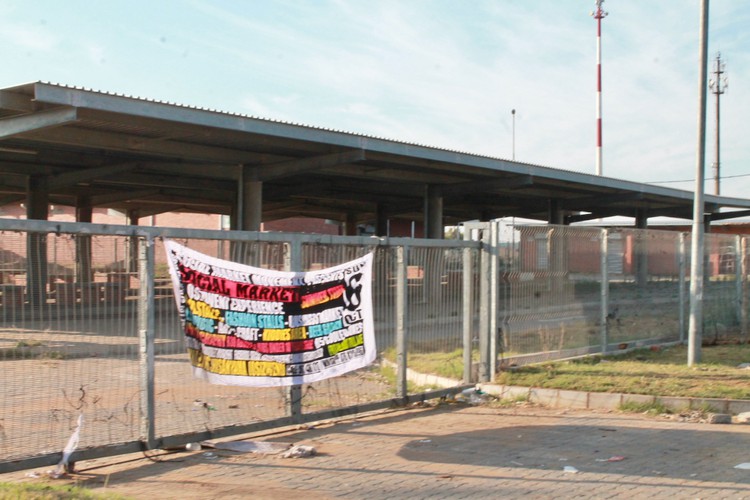 A taxi rank which was completed in 2014 has stood unused in Osizweni, Newcastle. Photo: Sibusiso Mdlalose

Since 1997 local taxis in Osizweni, Newcastle, have operated without a taxi rank. Yet one was built in 2014 for R2.3 million according to municipal budget records for community projects.

Five years later, the rank stands unused. Grass and weeds are taking over and the roof sheeting is rusting. Taxis currently operate from the Boxer cash and carry stores and behind the community hall where there is parking space.

Mbhekeni Sangweni, chairperson of Osizweni Local Taxi Association, said, “We have still not got an explanation from the municipality on what is going to happen regarding the opening of the taxi rank.”

Sangweni said the rank would help taxis operate better. “Now we are concerned that the built taxi rank is rotting without being used,” he said.

He said the rank was built under former Mayor Afzul Rehman. The current mayor, Ntuthuko Mahlaba, has been silent about the rank. Attempts by GroundUp to get comment from the mayor’s office were unsuccessful.

Municipal spokesperson Dumisani Thabethe told GroundUp in August: “The questions have been referred to the relevant department.” Since then he has not replied to follow up calls and text messages.

Mluleki Mntungwa, media liaison officer at KwaZulu-Natal Department of Transport, has also not responded to questions sent to him in October or to our follow up messages.