The court has forbidden them from participating in protests 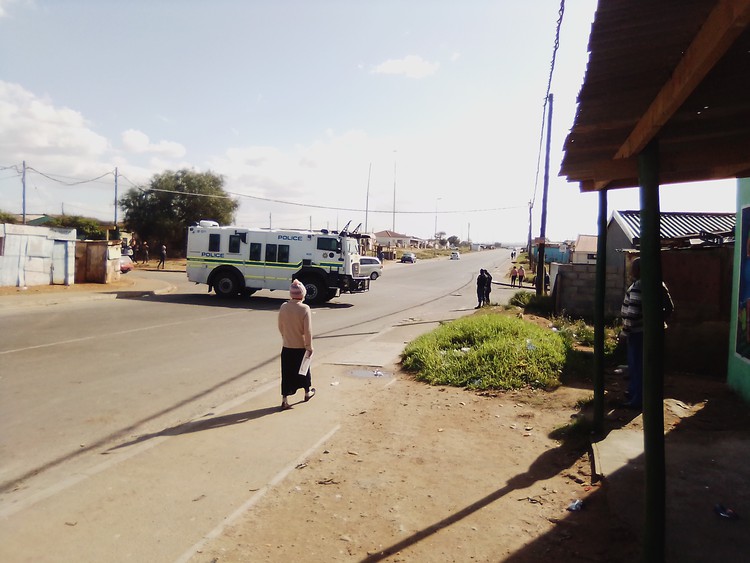 Police blocked the road to the court in Motherwell, Gqeberha on Thursday where six taxi drivers appeared on public violence charges for last week’s protests. They were released on R500 bail each. Photo: Joseph Chirume

Six men who were arrested during violent protests by taxi drivers in Gqeberha last week have been granted R500 bail each.

The taxi drivers, aged between 22 and 53, appeared in the Motherwell Magistrates Court on Thursday facing charges of public violence and damaging infrastructure.

During the most recent protest, roads across the city were blocked, street lights and robots were uprooted, and vehicles were set alight including eight buses owned by Algoa Bus Company. Protesters also forced the closure of clinics, schools, shopping centres and disrupted many other vital services.

On Thursday, relatives and other taxi drivers gathered outside court while a dozen police officers monitored the group and blocked off the area around the court.

National Prosecuting Authority regional spokesperson Anelisa Ngcakani said the accused were granted bail on condition that they not interfere with the investigation and do not participate in any protests.

They are due back in court on 16 July.