Thousands of people have been without running water for four months. No one can say when the problem will be fixed 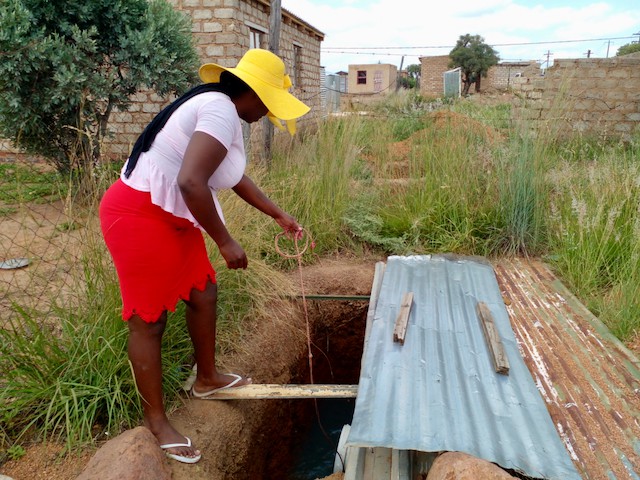 Zwonaka Muswede, who has lived in Itireleng since 2018, walks 3km and uses a bucket and rope to get water from this makeshift well she discovered. Photos: Chris Gilili

Residents of Itireleng village have been without water since October, when their communal standpipes ran dry. This village of 2,000 people is in Madibeng municipality in North West Province, close to the Gauteng border.

Villagers get water from streams and have to walk long distances.

Isaac Ralhogo says “life has been hell”. He has over 30 pigs who need a lot of water. “I have to clean their compound and pour water on them every now and then,” he explains. He has to drive to get water from an underground source.

“The councillor has told us that they are planning to bring water trucks and Jojo tanks for relief, but this is not a solution. We need water from taps,” he says.

Zwonaka Muswede walks 3km with a wheelbarrow to a makeshift well. She uses a bucket with a rope. She boils the murky water because she doesn’t think it is safe to drink.

Mahlodi Mokgosi, a resident, says a water truck was last seen in November 2021. Mokgosi says water has been an ongoing challenge in Itireleng. The taps are communal and there aren’t enough of them.

News24 reported in August that the City of Tshwane threatened to restrict water supply to Madibeng because the local municipality owed it over R200 million.

Ward 10 Councillor Fenky Phaloane (ANC) appeared to confirm this, saying the problem was caused by water pressure being reduced by the City of Tshwane. He said talks have begun to transfer water infrastructure from Tshwane to Madibeng.

Fafi Mthombeni, an official responsible for water services at Madibeng, said, “I know that water tankers were sent to Itireleng in the past weeks, so I am not sure why certain areas are not covered by the tankers but I will follow up.”

Mthombeni promised that 5,000 litres of water would be delivered to Itereleng on Friday (but this amounts to just 2.5 litres per person). Mthombeni said rain tanks would also be installed at some households but was not sure when water would be restored to the taps.

Madibeng municipal spokesperson Tumelo Tshabalala did not respond to our queries. 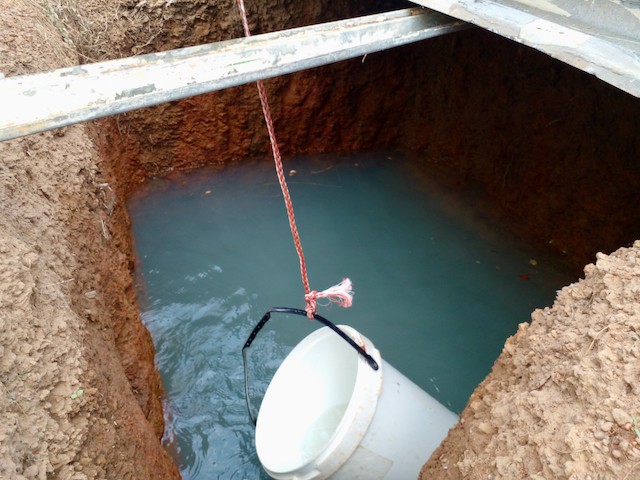 There has been no tap water in Itireleng under the Madibeng Local Municipality since October 2021. People source water wherever they can find it.