Residents depend on a water tanker 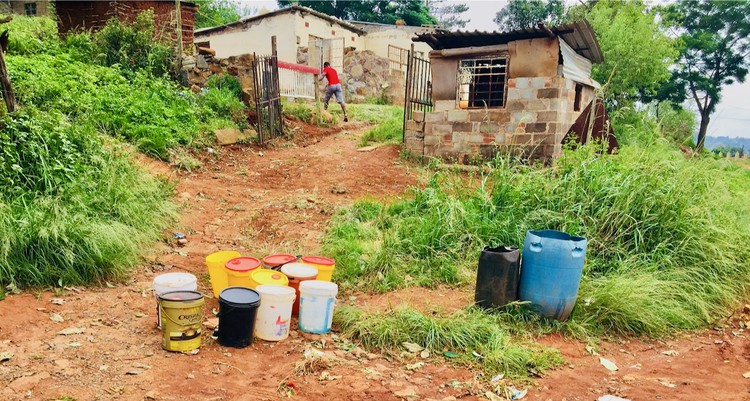 Residents of Shayamoya in Pietermaritzburg say their settlement has been without tap water for four years. They depend on a water tanker that comes once or twice a week. Some residents travel long distances to fetch water from a standpipe, but it too runs dry.

He said at the start of 2016 their taps ran dry without any notice.

He said residents were in the dark about what was happening.

Thembisile Sithole, his sister, said the alternative tap they use is far away. “People who survive are those with cars. They are able to drive to the tap with more than one container. A wheelbarrow is helpful because it loads three containers or more. If you don’t have either, you are in trouble. We are appealing to the municipality to assist us by putting in water meters. If we have to pay for their services, we are prepared to do that,” she said.

Ward Councillor Sipho Madonda (ANC) said there is a long term plan to build a reservoir. He blamed the increase in population for the scarcity of water. He said the nearest dam had run dry because of illegal water connections.

“We ended up filling the dam with water from our neighbouring area, ward 5. The demand was too high. Residents continued with illegal water connections. The dam ran dry. The situation will be sorted but not overnight,” said Madonda.