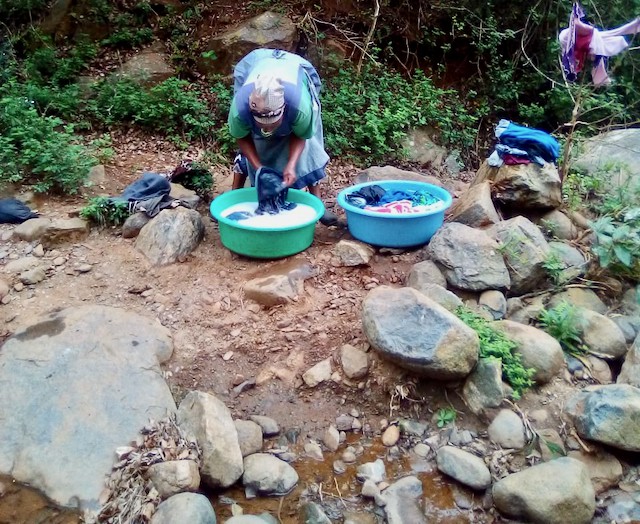 Taps have been dry for three weeks in Emakhabeleni, northern KwaZulu-Natal. About 2,000 households rely on streams now. Photo: Nokulunga Majola

In rural Emakhabeleni, outside Kranskop in northern KwaZulu-Natal, over 2,000 households now depend on natural streams for water. Communal standpipe taps ran completely dry three weeks ago.

Residents say they have been struggling with the water supply since 2018, sometimes going without water for weeks at a time, like now.

Zamani Ngidi, who lives in Dimane, said they get water from a stream used by goats and cattle.

Ngidi said illegal water connections have made the problem even worse.

Sne Nxumalo, who lives in the Gcotoi area, asked, “What is the point of installing standpipe taps if there is going to be no water coming out of them?”

“We have people who travel to fetch water in neighbouring areas and they have to pay R10 per container if they hire a van or ask for a lift,” said Ward 6 committee member Lindelani Khanyile.

He said some people beg for water at schools and the clinic because the streams are far from them. Some streams have also dried up.

Emakhabeleni falls under the Umvoti Local Municipality, but the Umzinyathi District Municipality is responsible for water.

“People need water, and it is the job of Umzinyathi to provide this service,” said Khanyile.

“For the past three weeks, we have not seen even one water tanker. I personally requested one, but I was ignored. ” He said water tankers were requested for funerals “but none would come” and the family would have to hire a van to fetch water from another area.

Ward councillor Sandile Xulu said he had often raised the problems with water with the authorities. Xulu said some areas haven’t had water for over a month.

“We are currently upgrading the system because as the number of houses continues to grow it puts pressure on the system, that is why we are installing bigger pipes to reduce pressure,” said Nzimakwe.

Nzimakwe said a consultant had been hired to assist with an upgrade the amount of water the EMakhabeleni water treatment plant can pump. In addition, 148 standpipes were being installed.

According to Nzimakwe, there are currently eight municipal water tankers operating in Umvoti.

“We are working hand-in-hand with ward committees and izinduna to make sure all wards are covered equally,” she said. 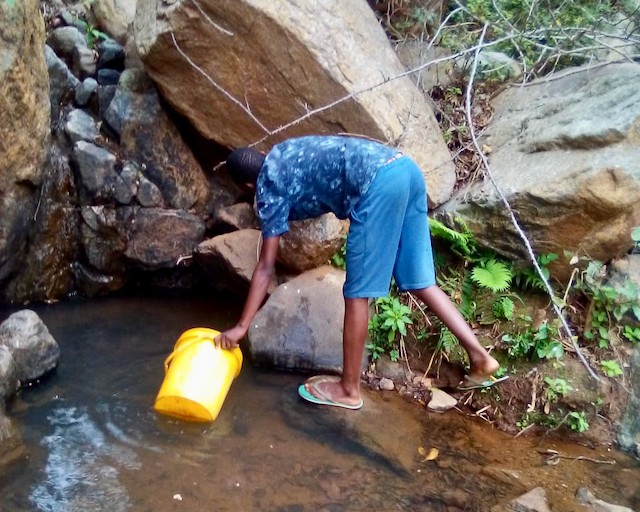 A resident fetches water from a stream shared with cattle and goats.