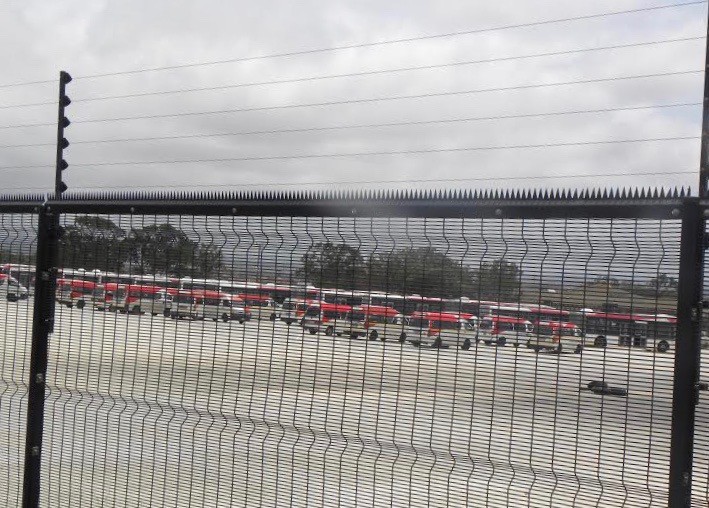 A strike by workers at Libhongolethu Bus Services in Port Elizabeth has now entered its fourth week. They want to be employed directly by the Nelson Mandela Bay Municipality. Archive photo: Joseph Chirume

Negotiations between striking workers at Libhongolethu Bus Services in Port Elizabeth and management have deadlocked this week. This follows a recent demand by workers that they be employed directly by the Nelson Mandela Bay Municipality.

Libhongolethu operates a fleet of buses owned by the municipality which has subcontracted Spectrum Alert, a private company, to run the routes. The bus service was rolled out two years ago.

The bus workers — drivers, conductors and office cleaners — embarked on a strike four weeks ago. On Monday, employees who had not yet joined in the strike did so, paralysing the bus system by blocking the entrance to the depot in Clearly Park with burning tyres.

The worker’s initial complaint was that Spectrum Alert paid them late and deducting provident fund, unemployment insurance and other benefits from their wages but did not send the money to the funds. The claim was denied by the company.

During talks on Wednesday, workers demanded that the municipality renege on its contract with Libhongolethu and employ them directly.

“Municipal workers are getting medical aid, housing subsidies and transport allowances, among other things. We are not getting this at Spectrum Alert, yet we do municipal work,” said a worker who asked not to be named. “The community is suffering because some people had bought [bus tickets] in advance and now they don’t have extra money to use for alternative transport like taxi omnibuses,” he said.

In response to the worker’s latest demand, Spectrum Alert CEO Trevor Harper said, “That is not going to happen. We have a contract with the municipality that only expires in March 2021. They can not just cancel the agreement.”

Mayoral spokesperson George Geleba said a recent meeting with Spectrum Alert and its employees had yielded no results. “Unfortunately, the meeting deadlocked as the workers are now demanding that the municipality take over the operation of Libhongolethu bus services. Workers claim that differences between them and the company are irreconcilable,” said Geleba.