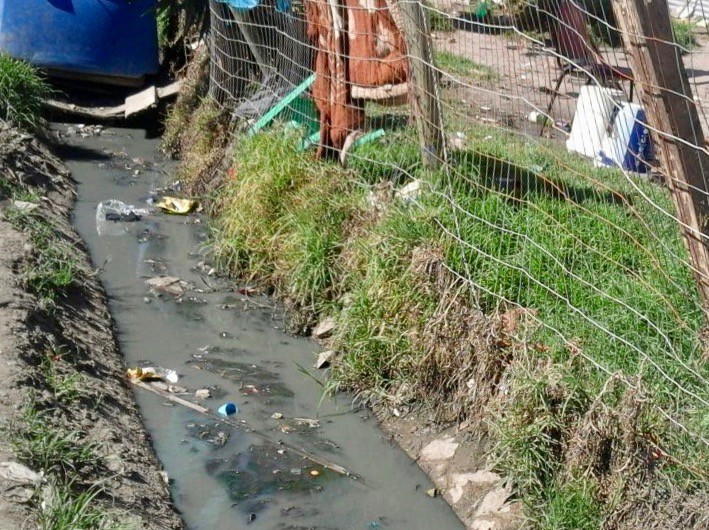 Residents of Sweet Home Farm, Philippi, say sewage canals and communal toilets in the informal settlement are not regularly cleaned.

In an email response Councillor Eddie Andrews, the mayoral committee member for the area, said, “The canals were cleaned from 22 May to 21 June 2017. Further cleaning is planned to commence on 4 September 2017.”

According to Andrews the City is investigating options to provide residents with proper access routes to cross the canals. The City has promised full janitorial services this week and says 28 janitors have been employed for Sweet Home Farm. He said delays due to inoculations for the janitors had been resolved.

A resident who wanted to stay anonymous said she went to the Eastern Cape last year and has now returned only to find the toilets and canals in the same poor state. “The door of my shack is next to the canal and facing the communal toilet … The smell from both canal and toilets comes straight into my room. I cannot keep my door closed all the time. I cannot enjoy my meals because of the smell,” she said.

Resident Zukiswa Mrubata said she has lived for 20 years in Sweet Home Farm. “Children need to play outside … I suggest the City should cover, clean or close the canals.

Another resident, who would only identify himself as Percy, said, “I have been staying here for 18 years and I do not know when the canals were last cleaned. There is stagnant water in the canals and it smells badly. I do not know how authorities expect us to live in such conditions.”